If you have been keeping up with tech news over the last few days, then you probably noticed that Intel has officially launched its Kaby Lake desktop processors. We have already had the chance to review the Core i7 7700K and the Core i5 7600K but now, both processors are available to buy at retail, we also have confirmed pricing for the UK. 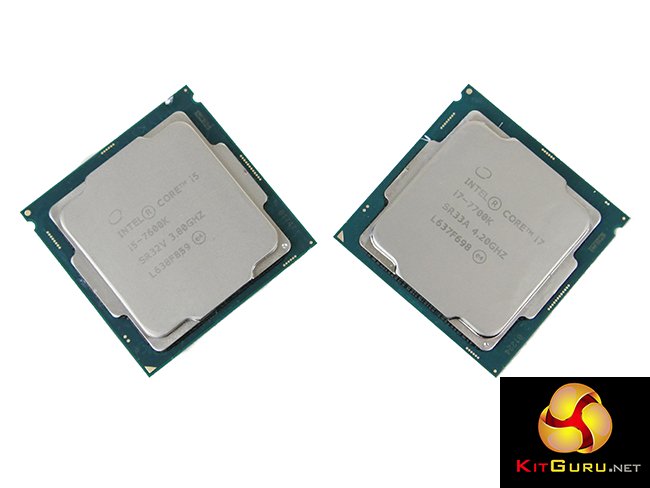 If you are planning on doing a full upgrade, then there are some hardware bundles available which will include a pre-overclocked processor, a Z270 motherboard and up to 32GB of DDR4 memory. Some of these bundles contain CPUs overclocked by 8Pack, pushing the Core i7 7700K up to 5GHz with an Asus Maximus IX Formula motherboard. However, there are cheaper and less extreme options also available.

We have already reviewed several Z270 motherboards, so if you are planning on upgrading, we would recommend taking a look, HERE.

KitGuru Says: Are any of you guys currently thinking about upgrading to Intel’s new set of processors? I only just made the jump to Skylake around six months ago so I’m not quite ready for another upgrade myself, but I’d be interested to see how many of those still on Ivy Bridge or earlier will be making the jump.