This week, Intel has announced its plans to invest $7 billion into its Fab 42 semiconductor factory in the US as it gears up to start working on 7 nanometer technology. Work first began on the Fab 42 factory back in 2011 but construction was paused in 2014. However, with 7nm tech on the horizon, Intel has deemed it time to finish up the building and employ some people to populate it.

In Intel’s announcement, CEO Brian Krzanich said that this move should help the US maintain its position “as the global leader” in the semiconductor industry. He also briefly commented that this additional investment should ensure the manufacturing capacity is up to snuff in order to keep Moore’s law going forward. 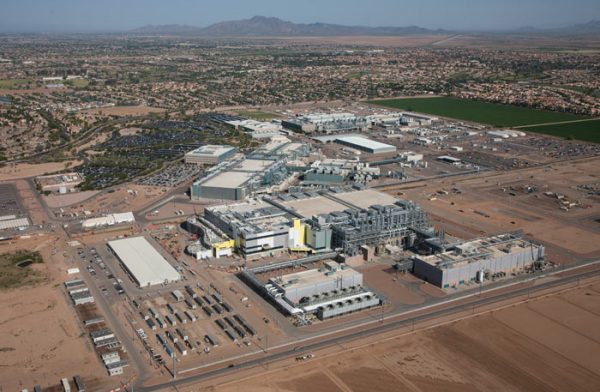 This massive $7 billion investment into this factory also means creating jobs, lots of them. Fab 42 is going to take a few years to complete but it will create an extra 10,000 jobs in Intel’s workforce.

KitGuru Says: We will be seeing the arrival of 10nm CPUs from Intel later this year but as always, the company is already setting its sights on the future with preparations now starting for 7nm production in a few years time.