Earlier this week, Intel officially launched its own one-click overclocking tool, giving 9th Gen CPU owners a chance to overclock their processors with ease without diving into the BIOS. We already know that there are CPU support limitations, targeting just a handful of 9th Gen SKUs but there has also been talk of this tool only working with Z390 motherboards too. We ran some quick tests using the performance maximizer last night and found some good results, it also works with the more popular Z370 chipset. 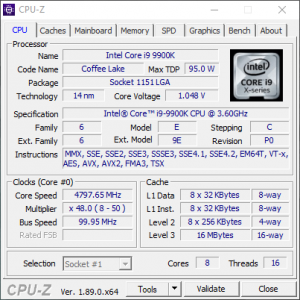 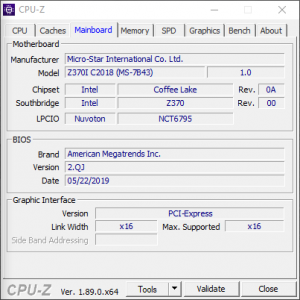 We’re currently running some tests for upcoming reviews of the CORSAIR One, featuring a Core i9-9900K running on an MSI Z370 motherboard with the latest BIOS update installed. With the Core i9-9900K, the Intel Performance Maximizer bumped speeds up to 4.8GHz. The tool appears to work well and delivers pretty good performance gains, as you can see in our Cinebench screenshots below:

This isn’t a comprehensive test but given the reports of this tool only working with Z390 motherboards, we were intrigued to try it out for ourselves. We’ll have more to say about the Intel Performance Maximizer and the results it delivers soon, so keep an eye out for our reviews.

If you are looking to try this out for yourself on Z370, then double check you have the latest BIOS installed. Also note that your mileage may vary, our MSI motherboard did manage it but we've heard from readers using ASRock Z370 motherboards that it didn't work for them.

KitGuru Says: Have any of you tried out Intel’s one-click overclocking tool yet? What results did you end up with?