Home / Component / CPU / Why there is no X78? Chinese sauces reveal truth

Why there is no X78? Chinese sauces reveal truth

Intel likes roadmap and planning. It likes to smooth transitions from generation to generation. As whole world prepare for the arrival of the strongest processors ever, KitGuru must ask. Why is the new name not logical?

The X48 happily hosted something like 70 processors. Whether you have a lowly Celeron E1200 or are lucky person enjoying overclocking delights with iconic Q6600, you certainly know which chipset you must look for.

When X58 arrived there was a fork in the road. It was specially targeted at the brand new 45nm Intel Core i7 chips and offered access to technologies like QPI and new arrival SSD products which were just making an early appearance.

Now in 2011 we have some confusing changes. There is a 68 but it is not an X man. It is a Z. Also, it is for more mainstream chips with X58 still being the choice for high end.

Chinese people do not like the number four, because it is very similar to the word for death so it is considered unlucky. Even in a big department store or hotel you can struggle to find a fourth floor. For Intel, China is a big market with even more potential for growth. So in this case you need to be sensitive to local opinion.

For Chinese people, translating X78 is something like “Put it into the smelly women’s parts”, but much ruder. So rude that KitGuru cannot write the exact translation here because we are trying to be a publication for the whole family.

So far, we are not getting an answer from Intel as to why they don’t want to use X78, but this is a good reason so probably true. Remember, it would not only be Intel that would need to make advertising for ‘X78’ in China. Other Chinese companies like Asus, MSI, Gigabyte and Asrock would all have to put it as well. This would not be nice to see in computer stores.

Are the Chinese alone in finding foreign words funny or insulting? Definitely not we can say. For Toyota there was a big surprise in France when they realised that the sports car MR2 was pronounced like the bad word for excrement. Also, some surprise maybe for Sega to realise when they launch in Italy that their company name means the same as a man who plays with himself too much.

So Intel has played it safe by adding one more to the name and now the product seems even more advanced. This is good marketing in action. If you want some smiles on Saturday then you can try this link.

KitGuru says: Lucky there was no additional problem with the B3 revision after the Z68 launch or we might all be getting enthusiastically hands-on with a 69.

Previous UK must say NO to grey, in the opinion of YOYOTech
Next Microsoft officially denies that XBox 360 scratches discs 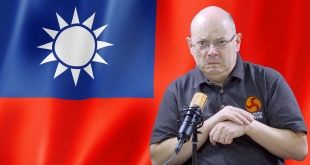 At KitGuru we focus on technology and for obvious reasons we try to avoid politics, religion and mention of the pandemic. In today's episode of Leo Says we have pushed our editorial limits with a video about Taiwan that discusses the importance of TSMC and the peculiar way that Taiwan is diplomatically ignored by almost every nation on the planet...