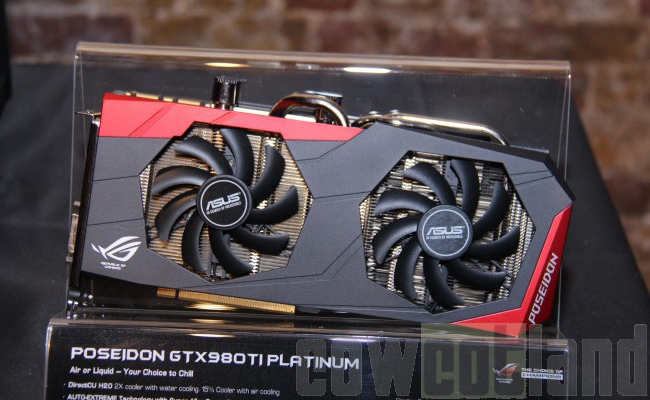 The Asus Poseidon GTX 980 Ti graphics card is based on a custom printed-circuit board with multi-phase VRM, one 6-pin and one 8-pin PCIe power connectors. The board comes with a hybrid liquid-air cooling system and features increased clock-rates. The GPU operates at 1114MHz/1203MHz base/boost frequency, whereas 6GB of GDDR5 memory work at 7GHz. 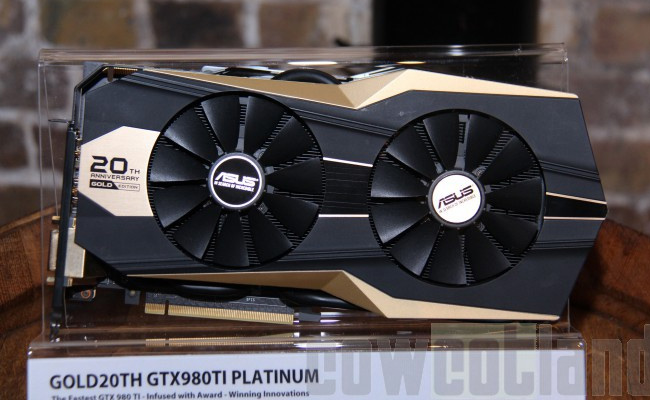 The Asus Gold GTX 980 Ti Platinum 20th Anniversary sports custom PCB design, two 8-pin PCIe power connectors and the company’s own DirectCU II cooler with 0dB fan technology that can shut down fans when in idle mode. The board features increased clock-rates, but Asus is yet to determine and announce them. 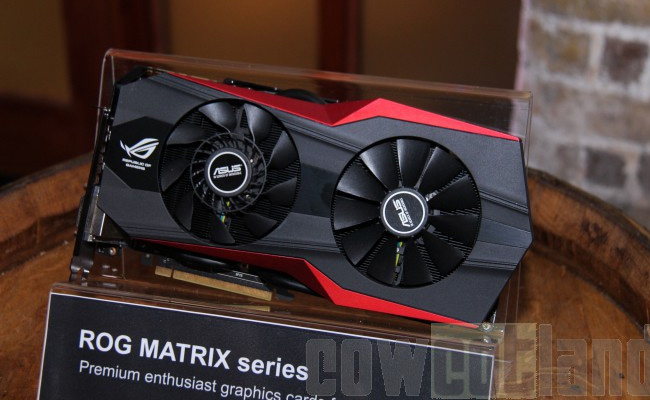 The Asus ROG Matrix GTX 980 Ti will likely be the fastest GM200-310-based graphics card from Asustem Computer, which will boast with a custom PCB featuring a digital 14-phase VRM that utilizes concrete-core chokes, solid-state black metallic capacitors and hardened MOSFETs. The board will feature two two 8-pin PCIe power connectors as well as a special memory defroster cooling system in a bid to make it easier for overclockers to use liquid helium or liquid nitrogen for cooling. Exact clock-rates are unknown, but expect them to be pretty extreme out-of-the-box.

Prices of the new graphics adapters are yet to be published, but do not expect them to be low.

KitGuru Says: Given the fact how powerful the GeForce GTX 980 Ti is, it is not surprising that the company decided to offer five adapters based on this GPU. It is noteworthy that four out of five Asus' GTX 980 Ti feature increased clock-rates and premium pricing.