The Asus Strix GTX 980 Ti 6GB uses a custom printed circuit board that features 12+2-phase voltage regulator module based on concrete-core chokes, solid-state black metallic capacitors and hardened MOSFETs. The graphics card sports two 8-pin PCIe auxiliary power connectors that can deliver up to 300W of power to the graphics board (in addition to 75W supplied through PCIe x16 slot). In fact, the PCB of the Strix GTX 980 Ti inherits a lot of elements from Asustek’s ROG Matrix Platinum graphics cards, the company’s top-of-the-range solutions. 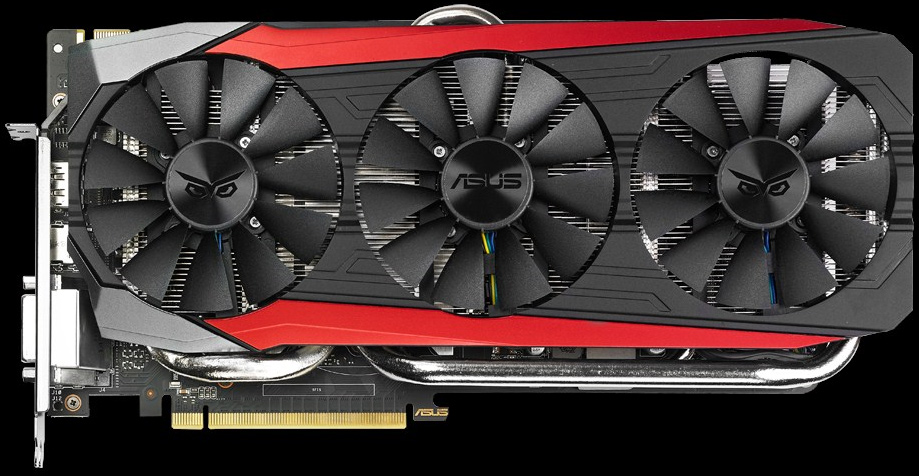 The new graphics card from Asus uses DirectCU III cooling system with three fans as well as multiple heatpipes, including two 10mm pipes and two regular pipes. The new fans utilized on the DirectCU III feature new wing-blade design that delivers maximum air flow and improved 105% static pressure over the heat sink, while producing less noise compared to standard fans. According to Asus, the DirectCU III transports 40% more heat away from the GPU and outperforms reference designs, achieving up to 30% lower temperatures during gaming. The graphics board features reinforcement frame, a backplate and even a special GPU fortifier frame designed to prevent PCB from bending over time.

Thanks to the sophisticated printed circuit board as well as advanced cooling system, the board sports increased clock-rates: 1216MHz/1317MHz (base/boost) for the GPU as well as 7200MHz for GDDR5 memory. In fact, this is the second GeForce GTX 980 Ti graphics adapter with factory-overclocked memory. Compute performance of the Strix GTX 980 Ti is around 6.84TFLOPS, or 11 per cent higher compared to that of the GeForce GTX Titan X, which boasts with 6.144TFLOPS of FP32 processing power. 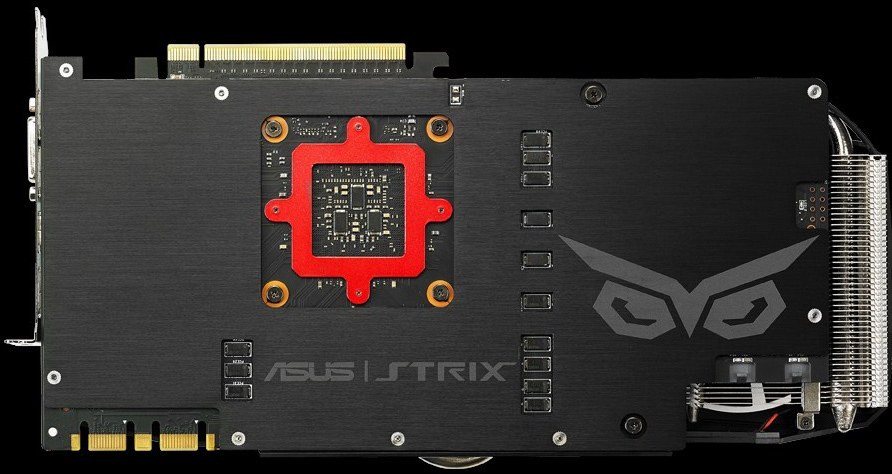 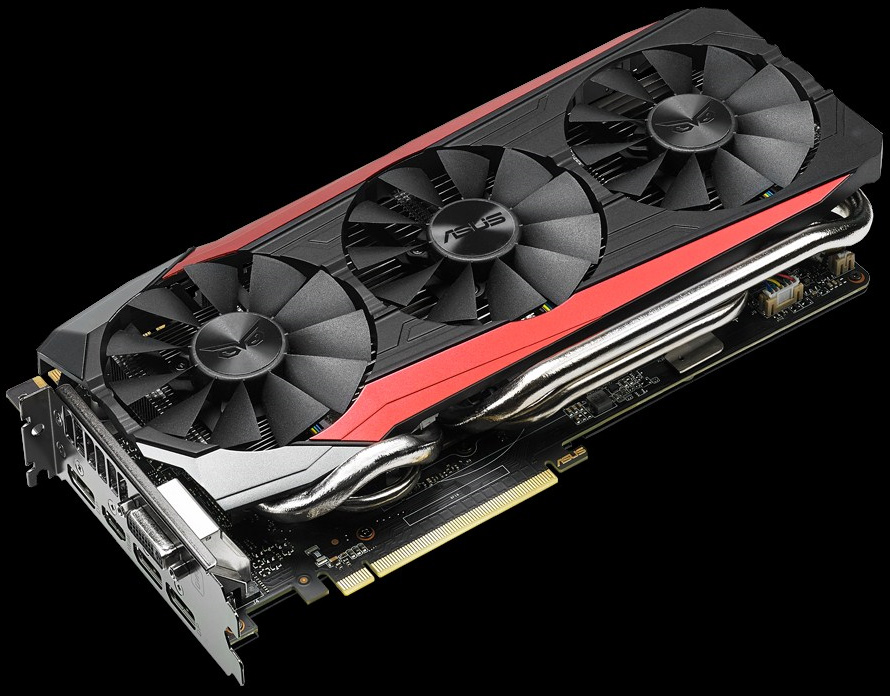 The Asus Strix GTX 980 Ti 6GB is already available for £659.99 at Overclockers UK and for €814.9 at Caseking. The new adapter will likely reach the U.S. market in the coming days.

KitGuru Says: It looks like Nvidia has finally allowed select partners to factory-overclock memory on GeForce GTX 980 Ti graphics cards. Keeping in mind that pre-overclocked GeForce GTX 980 Ti solutions can beat Nvidia’s flagship GeForce GTX Titan X, it will be interesting to see Nvidia’s next move in the ultra-high-end part of the market… Titan X Ultra with 8GHz memory, anyone?