The world’s record GPU frequency of 2.20GHz was set on Nvidia GeForce GTX graphics cards made by Asustek and EVGA. While it is hard to believe that the GM204 GPU can be pushed further towards 2.30GHz – 2.40GHz, the new Asus ROG Matrix Platinum GeForce GTX 980 graphics card is designed to do just that.

Asustek Computer on Wednesday unveiled its new graphics card that has all chances to become one of the best graphics cards for overclocking ever produced. The Matrix GTX 980 boasts not only a powerful DirectCU II cooling system (featuring two fans and five heat-pipes) and custom design of printed-circuit board, but it features extremely sophisticated 14-phase voltage regulator module (VRM) that can do magic things for overclocking as well as some other technologies for those, who want to push the graphics card to the extremes. 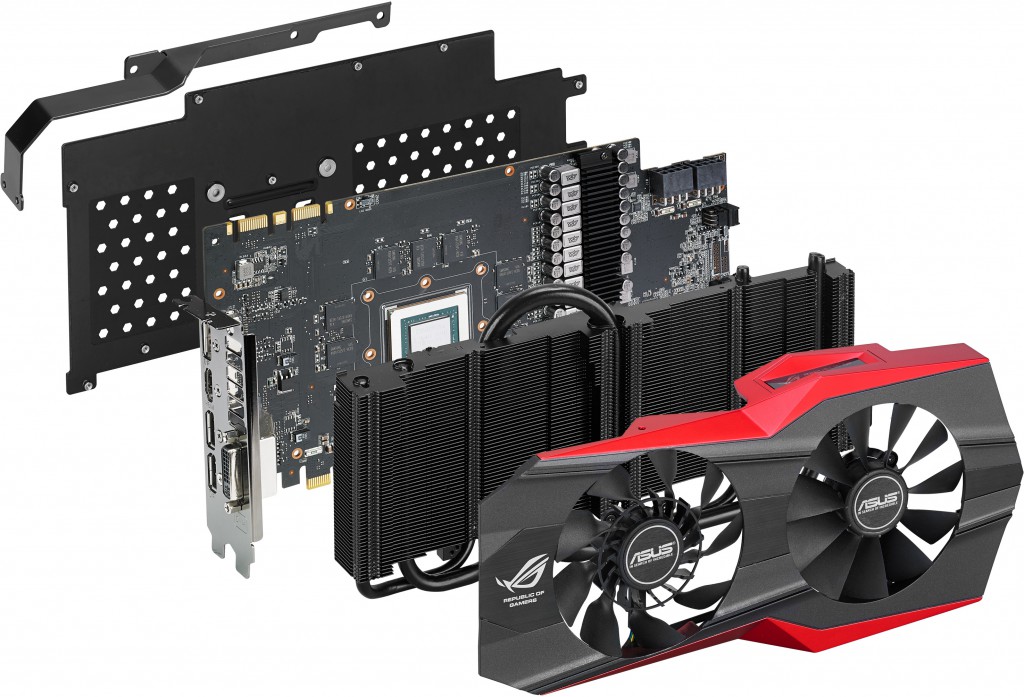 The digital 14-phase VRM is based on concrete-core chokes, solid-state black metallic capacitors and hardened MOSFETs. The board features two 8-pin PCIe auxiliary power connectors that can deliver up to 300W of power to the graphics board (in addition to 75W supplied through PCIe x16 slot) and one 4-pin Molex connector for memory defroster power loop. When cooled to sub-zero temperatures during extreme overclocking, the memory defroster keeps the memory chips just above freezing, preventing cold bugs from hindering overclocking. 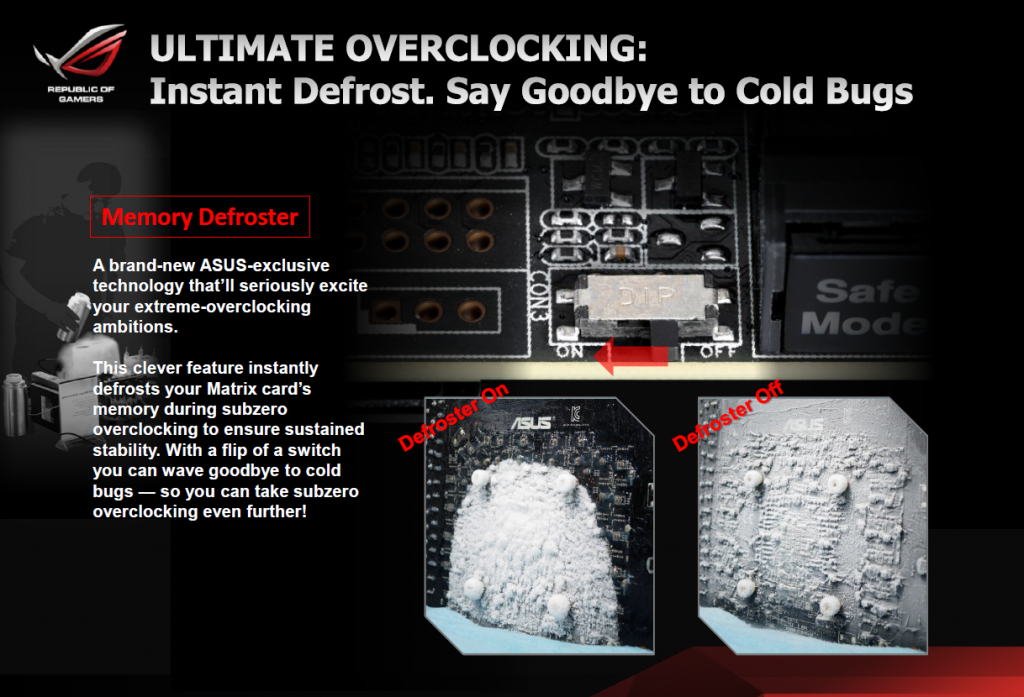 The Asus ROG Matrix Platinum GeForce GTX 980 4GB will be the most powerful Nvidia GM204-based graphics card in Asustek’s lineup. The graphics processor of the monster graphics adapter is rated to run at up to 1342MHz out-of-the-box, a significant increase from 1216MHz recommended by Nvidia.

The ROG Matrix Platinum GTX 980 is the fourth GeForce GTX 980 graphics card in Asus’ family. The company carries a reference GeForce GTX 980, Strix GTX 980 with DirectCU II cooler and Poseidon GTX 980 featuring a hybrid cooling solution that use similar PCBs with 10-phase VRMs as well as the new ROG Matrix Platinum GTX 980 card that sports a brand-new printed-circuit board with 14-phase VRM as well as DirectCU II cooling system. 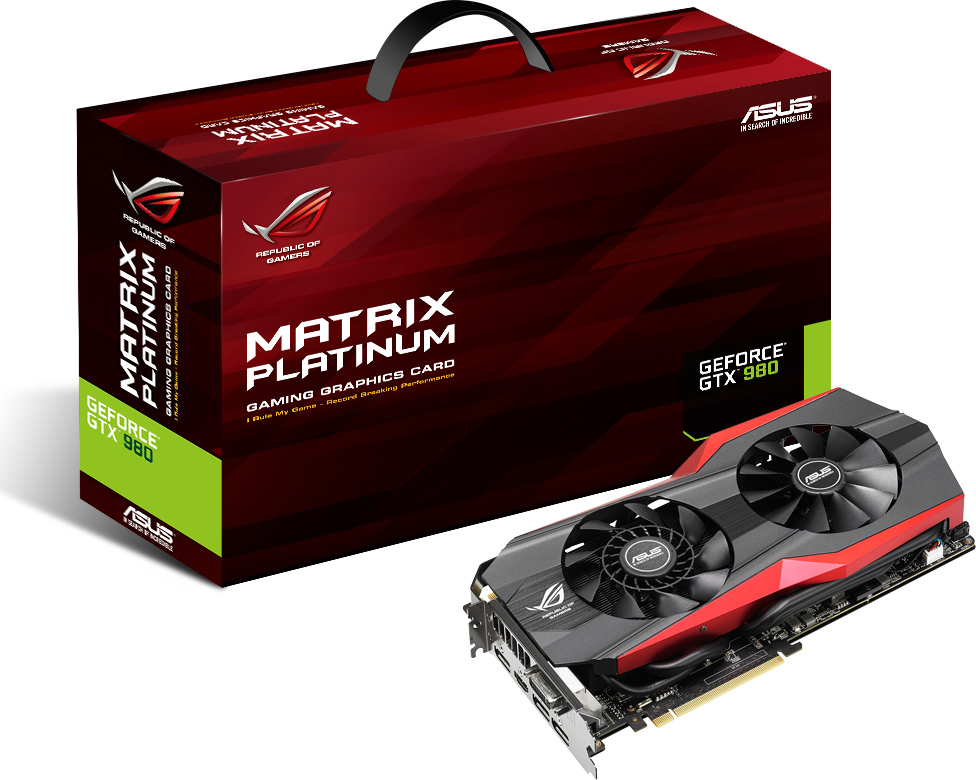 The Strix GTX 980 sports custom design of printed-circuit board with 10-phase digital VRM, the same one is used by Asus Poseidon GTX 980 graphics card, which has proven to be among the best in the industry. EVGA’s GTX 980 Classified sports custom PCB with 14-phase VRM, its voltages can be controlled using a special device. It will be very interesting to see whether Asustek’s engineers have managed to create a better voltage-regulating module than developers from EVGA and whether such VRM actually enables better overclocking. Will the record of 2.20GHz/9GHz (GPU/memory) stand or fall?