The legendary overclocker has managed to bolster clock-rates of the GeForce GTX 980 Ti K|NGP|N graphics card to whopping 2100MHz/8400MHz (GPU/memory). 2.10GHz is the highest clock-rate ever achieved by the GM200 graphics processor, the frequency is slightly below 2.30GHz, the absolutely highest clock-rate ever achieved by any graphics processing unit. To hit record frequencies, Vince “K|NGP|N” Lucido used liquid nitrogen (LN2) and increased voltage of the GPU.

By tweaking clock-rates of the graphics adapter, Vince Lucido managed to achieve the following results in the following benchmarks:

The results are three new world’s records for single-GPU setups. 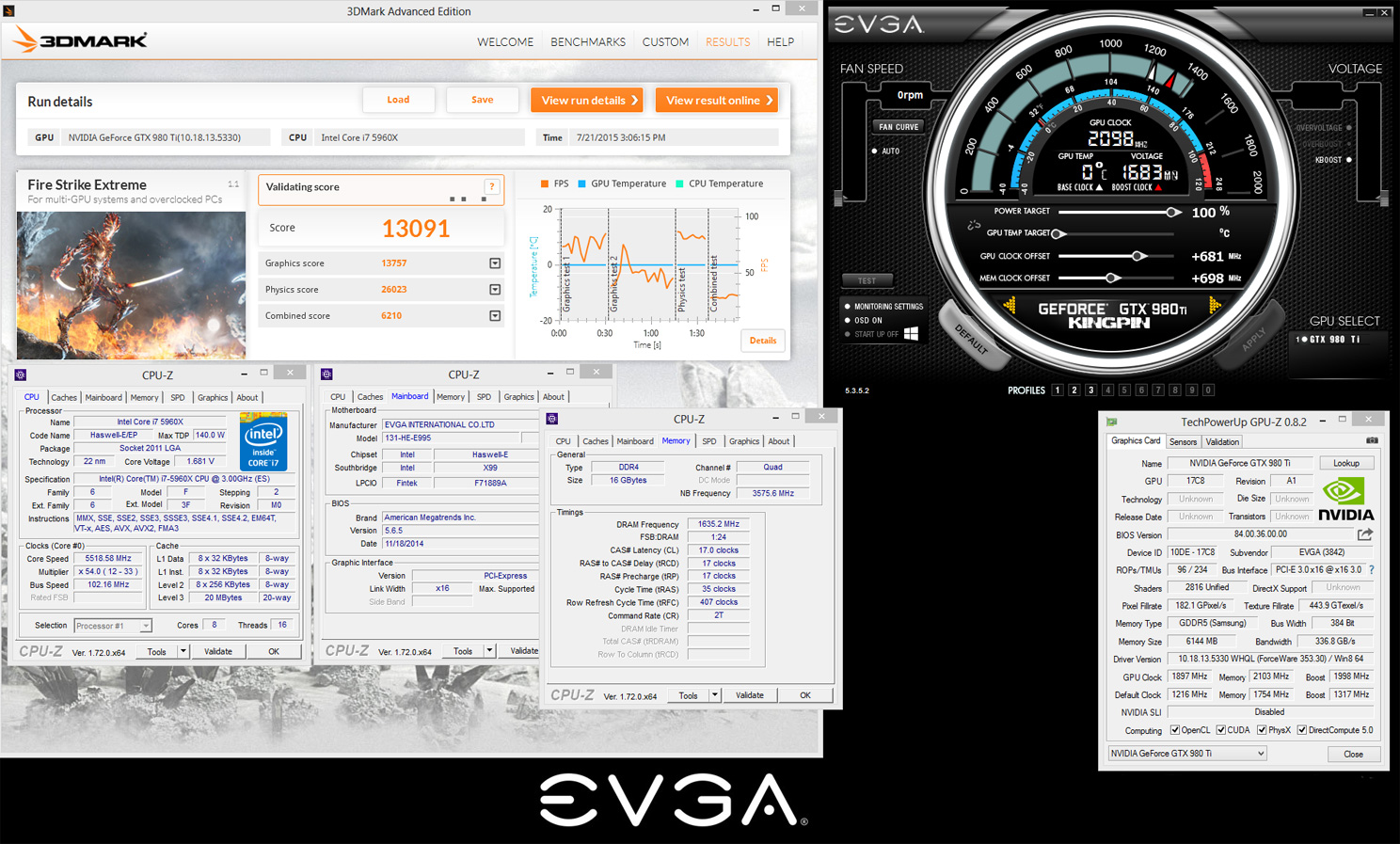 Nvidia’s GM200 graphics processing unit is one of the most complex GPUs ever produced: it features eight billion of transistors and clearly was not designed to run at 2.0GHz. Nonetheless, thanks to extreme cooling, increase of GPU voltage and various tweaking, Mr. Lucido has managed to increase clock-rate of the chip to around 2100MHz.

KitGuru Says: As expected, the EVGA GeForce GTX 980 Ti K|NGP|N is an excellent overclocker, which is considerably better than Nvidia’s own design for GM200-based graphics adapters. Still, the highly-custom design of the EVGA product only increased maximum clock-rate of the GPU by 100MHz, which is a noteworthy, but hardly a massive increase.

Previous Windows 10 downloads accounted for 8% of internet traffic at peak
Next Designers of controllers expect rapid adoption of USB 3.1 by PCs, phones