Gigabyte Technology has started to sell what could be the highest-performing retail graphics processing solution ever developed. The Gigabyte GeForce GTX 980 WaterForce 3-way SLI includes three massively factory-overclocked graphics cards that are designed to work in multi-GPU mode as well as a special liquid cooling solution. But extreme performance comes at extreme price. 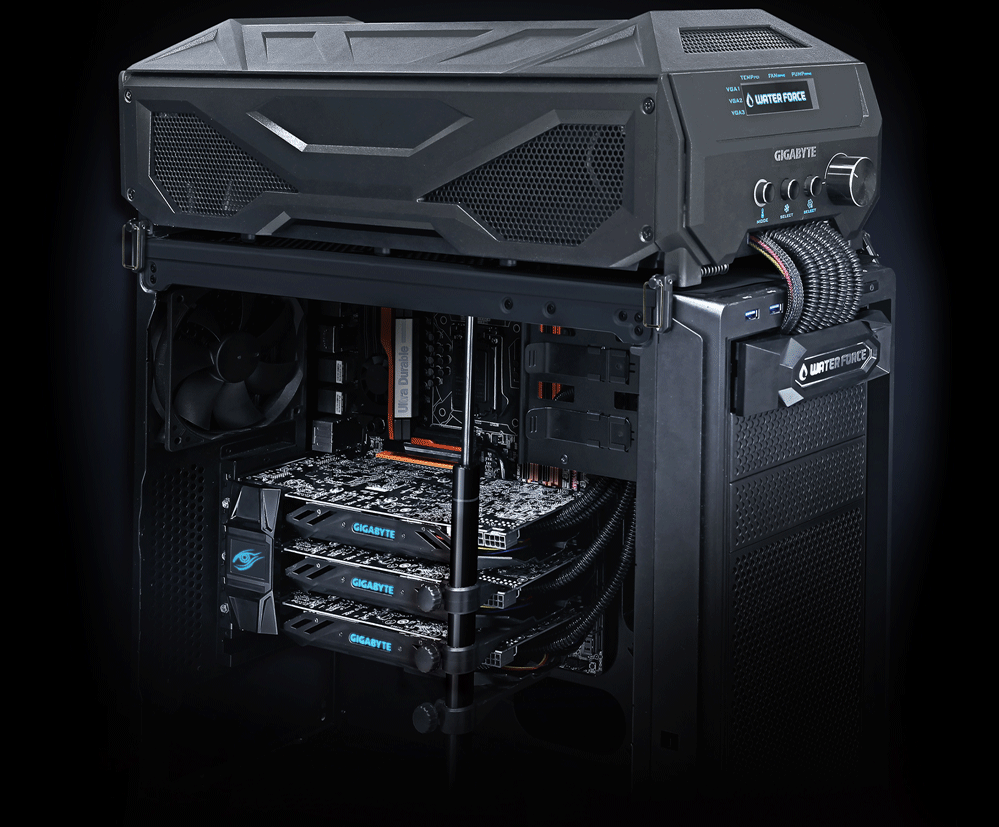 Gigabyte’s three-card graphics product is a unique offering that is designed to provide unbeatable performance at price-points already tested by Nvidia Corp. itself with its GeForce GTX Titan Z. While potentially this three-way multi-GPU graphics kit should offer higher performance than the dual-GPU graphics card, it should be noted that far not all video games scale performance with three GPUs. As a consequence, Gigabyte’s solution will not be the absolutely best graphics sub-system possible in all cases. Still, unlike the GTX Titan Z, the GTX 980 WaterForce 3-way SLI kit features high clock-rates and will offer decent levels of performance even in case only one GPU is active, hence, in general the triple-GPU configuration should deliver high performance in almost all games.

Thanks to closed-loop liquid cooling solution, the kit only produces 30.4db of noise while fully-loaded. The 3-way SLI GeForce GTX 980 graphics processing kit runs 42.6 per cent cooler compared to reference design graphics cards while delivering up to 20 per cent higher performance. 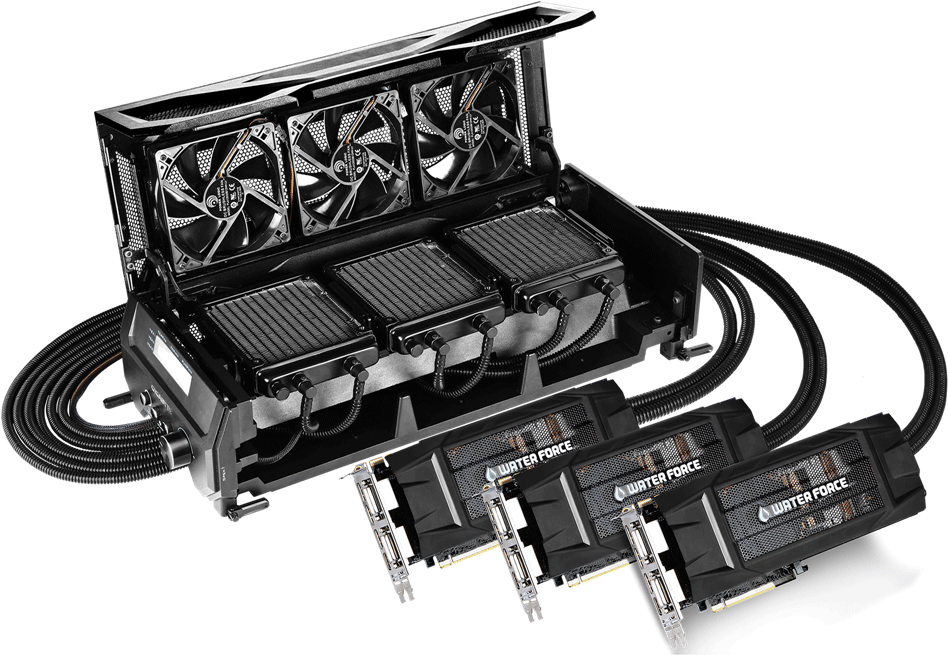 According to Gigabyte Technology, the WaterForce cooler is the best cooling solution for three-way SLI GeForce GTX 980 graphics sub-system, which can easily be true since there are no off-the-shelf closed-loop liquid cooling kits for three graphics cards. Each graphics board is pre-installed with its own exclusive waterblock and independent radiator connected with a pair of coolant pipes. All three 120mm radiators are placed inside the external metal watercooling box for maximum efficiency. The box sports three 120mm fans. 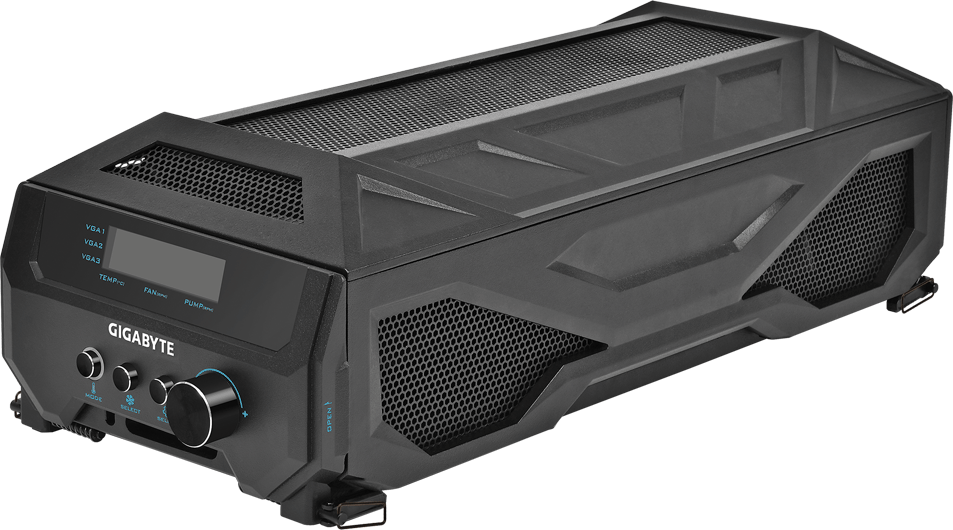 The Gigabyte WaterForce liquid cooler features an intuitive control panel with an OLED display panel, where users can monitor and adjust all the settings about the graphics cards, including temperature, fan speed and pump speed. Moreover, the Gigabyte kit features target temperature mode that automatically adjusts fan and pump speeds to achieve user-defined temperatures.

On Wednesday Overclockers UK and Newegg began to sell/take pre-orders on the Gigabyte GeForce GTX 980 WaterForce 3-way SLI graphics cards kit at rather whopping price-points. In the U.K. the 3-way kit costs £2499.99 including VAT, whereas in the U.S. the 3-way graphics sub-system is priced at whopping $2999.99.

KitGuru Says: While the monstrous GTX 980 WaterForce 3-way SLI kit is designed to deliver ultimate gaming performance for hardcore gamers, it comes at a price that by far exceeds the cost of three GeForce GTX 980 graphics adapters. In fact, the three-way liquid cooling solution costs rather whopping $1350/£1300, an extreme price for a cooler.

Previous Apple and IBM deliver first MobileFirst for iOS applications
Next US Navy is laying down the LaWS, with lasers