Gigabyte Technology has quietly introduced its new GeForce GTX 960 graphics adapters designed for small-form-factor mini-ITX systems The new add-in-cards will be among the rarest graphics solutions in the industry that weds performance with tiny dimensions.

The Gigabyte GeForce GTX 960 graphics cards – the GV-N960IX-2GD and the GV-N960IXOC-2GD – carry Nvidia GM206 graphics chip with 1024 stream processors, 2GB of 7GHz GDDR5 memory, two DVI, an HDMI and one DisplayPort output. The adapters use solid-state capacitors and other high-quality components to ensure maximum reliability. The cards require one six-pin PCIe power connector and space for dual-slot cooling system to provide overclocking headroom. 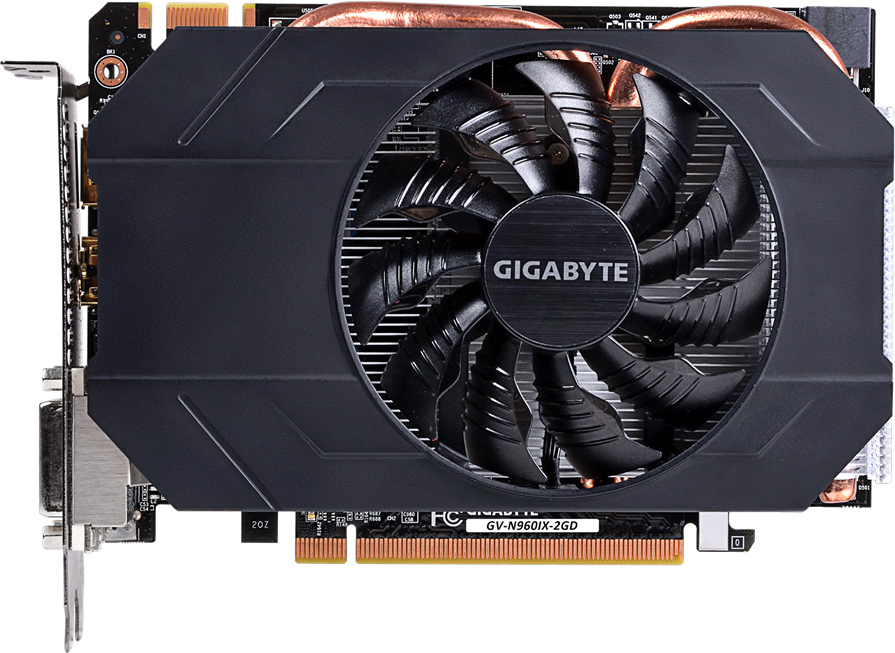 The graphics GV-N960IX-2GD/N960IXOC-2GD utilize similar advanced cooling systems with two copper heatpipes that directly contact the GPU and take away heat rapidly and efficiently. The fan speed is adjusted according to real-time GPU temperature in a bid to minimize noise level where possible.

The length of Gigabyte’s mini GeForce GTX 960 graphics adapters is just 17cm, which makes them compatible with all computer chassis, including small form-factor mini-ITX cases. 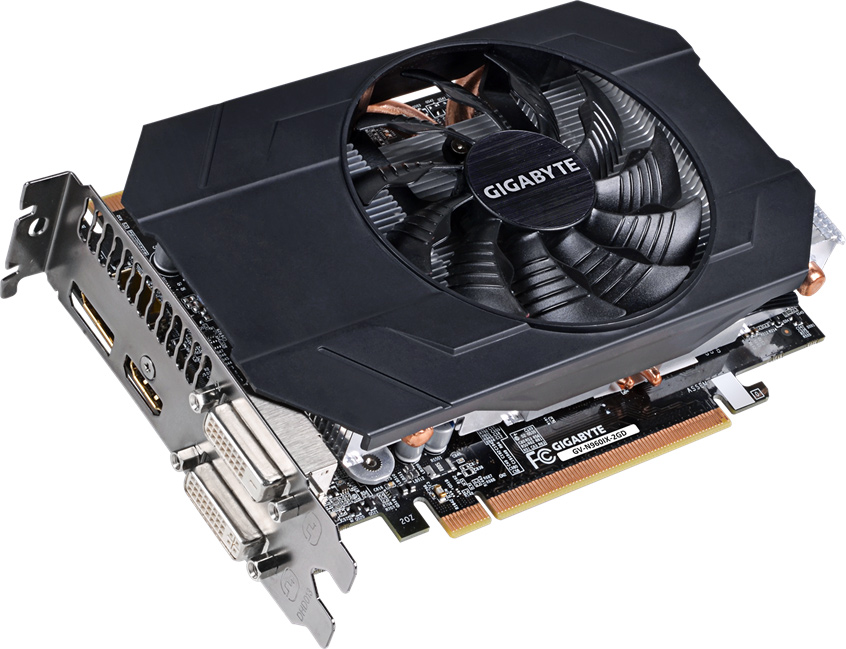 Thanks to rather high performance of Nvidia Corp.’s GeForce GTX graphics processing unit, Gigabyte’s new graphics solutions will be great optios for gamers with SFF builds who still want to have proper performance in games.

Pricing of Gigabyte GeForce GTX 960 for mini-ITX builds will vary depending on the region.

KitGuru Says: The new graphics cards from Gigabyte will compete against a similar offering from Asustek Computer. Since all graphics adapters are very similar, expect the manufacturers to adjust their prices to make their solution look better in the eyes of potential customers.