Imagination Technologies, a leading-designer of graphics processing technologies for mobile devices, has introduced its brand-new family of graphics IP cores that are designed to render graphics using real-time ray-tracing method. The latter allows to significantly increase realism of graphics on all types of devices. Moreover, Imagination claims that despite of high performance, the new PowerVR Wizard cores are suitable for mobile power budgets.

The Wizard architecture is a ray tracing-enabled version of the PowerVR series 6XT “Rogue” architecture which adds significant new features to the pipeline, enabling precise real-time modelling of fully dynamic lights and shadows. Everything developers know about the PowerVR Rogue architecture is present in Wizard GPUs, enabling them to start to use ray tracing without extensive new learning. PowerVR GR6500 is the first member of the new Wizard family of cores designed to bring real-time, interactive ray traced graphics to a broad range of consumer and mobile platforms, as well as gaming consoles and mainstream gaming PCs, workstations and servers, according to ImgTec.

This is a model created by Mads Drøschler using our PowerVR Ray Tracing technology.

PowerVR GR6500 sports four unified shading clusters (USCs), with 128 ALU cores delivering in excess of 150GFLOPS (FP32) or 300GFLOPS (FP16) performance at 600MHz. Performance of the PowerVR GR6500 should be enough to render 300MRPS (million rays per second) and 100MDTPS (million dynamic triangles per second) at 600MHz. The PowerVR GR6500 features a number of advanced technologies, including various texture/geometry/bugger compression technologies, support for Deep Color as well as ultra-high-definition resolutions. All Wizard cores are designed to provide support for a range of APIs such as OpenGL ES 3.x, OpenGL 3.x, Direct3D 11 Level 10_0, OpenCL 1.x and OpenRL 1.x. 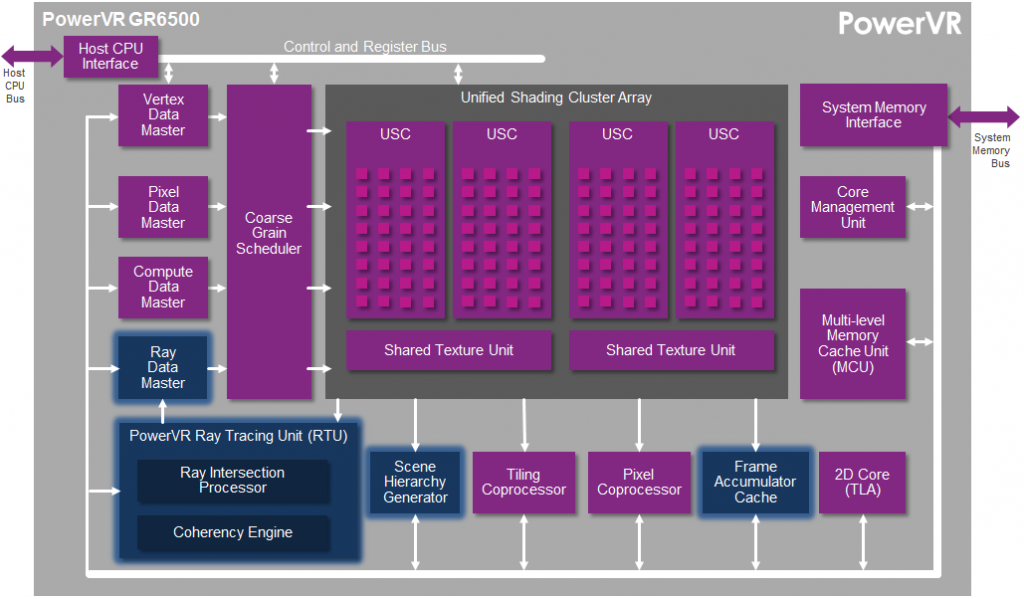 In addition to the clear advantages for traditional game engines through the easy addition of many high quality and dynamic shadows, reflections, transparencies, global-lighting, ambient occlusion and more, PowerVR Wizard GPUs can enable a broad range of other features that would either be impossible, low quality or too inefficient using standard rendering techniques. Instances include lens distortion correction, lenticular display rendering, multi-perspective rendering, targeted rendering to points of interest, line-of-sight calculations, collision detection and more. 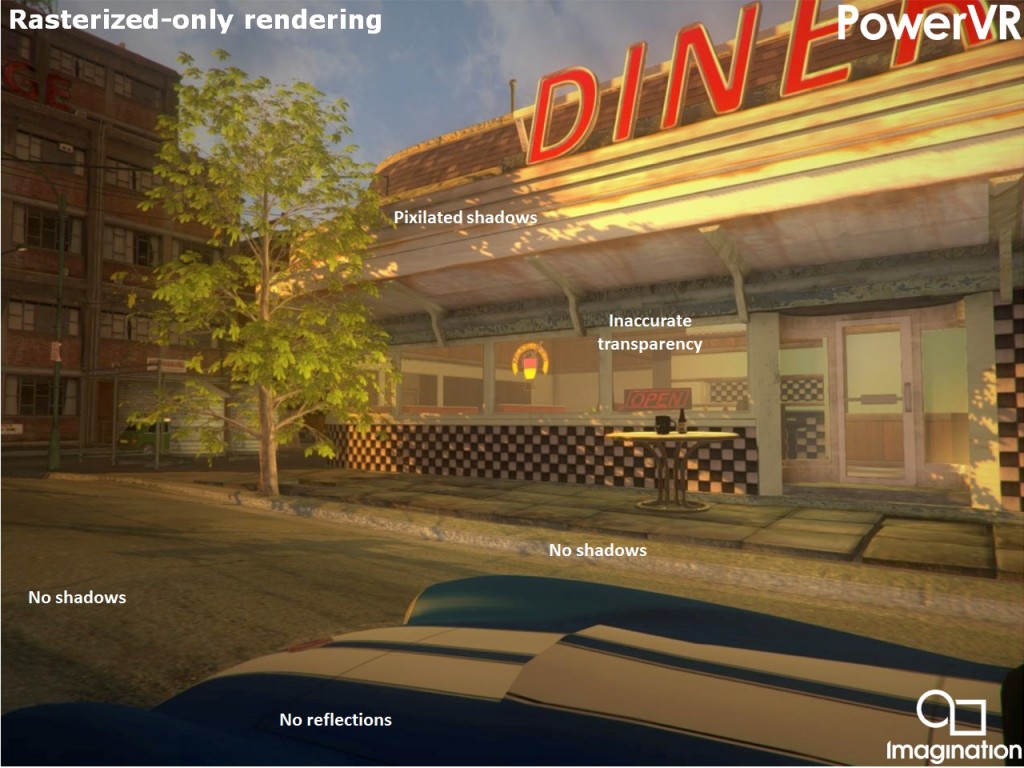 The mixture of efficient shading clusters and low-bandwidth ray tracing will enable a giant step forward for developers, who can bring a new level of quality and enhanced realism to their apps and games. For example, ray tracing can add a superior shadowing or lighting solution to existing games while allowing game developers to preserve the vast majority of the investment that they have already made in their game engines and tools. In addition, dynamic generation of assets in-game will streamline the content creation workflow and save distribution costs by reducing the size of the game files. 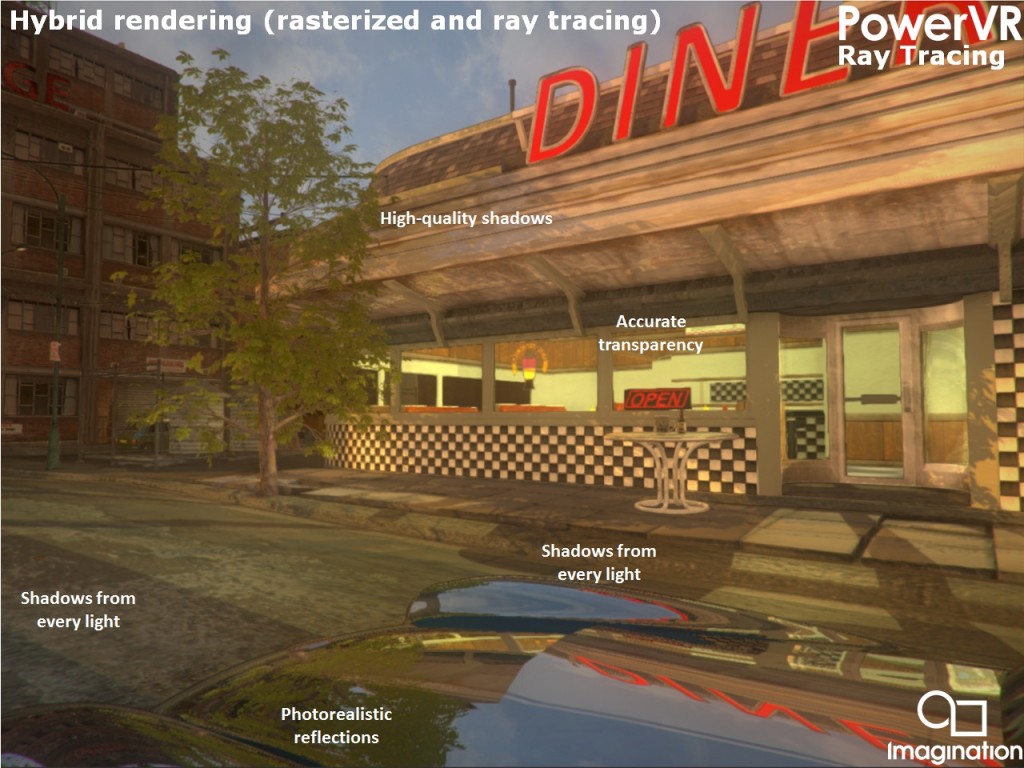 Imagination’s ray-tracing initiative is currently supported by Unity, Sega and other software companies.

The PowerVR Wizard GR6500 core is available for licensing now.

KitGuru Says: It will take at least a year for application processor designers to integrate PowerVR GR6500 graphics IP into their designs. Software developers are typically slower than hardware providers, so it will take another year before ray-tracing apps become more or less widespread. Those applications will look considerably better than mobile games today, but they are still pretty far away.