Intel Corp. has been consistently improving performance of its integrated graphics cores for several years now and the code-named Skylake family of microprocessors will not be an exception. According to an unofficial media report, the Skylake will bring a rather dramatic improvement in terms of graphics processing performance compared to the code-named Broadwell family of chips.

As reported previously, the Broadwell breed of central processing units (CPUs) will boost the maximum amount of execution units (EUs) within the most powerful version of their integrated graphics processors (IGPs) to 48 units, a 20 per cent increase compared to the best IGP inside the Haswell CPUs. Apparently, the Skylake processors will improve performance of the integrated GPUs even more significantly. According to a report from CPU World, the best IGP inside the Skylake (the GPU is currently known under the GT4 moniker, but its commercial name will likely be the Iris Pro) will feature 72 execution units, 50 per cent more than the amount of graphics processing EUs inside the predecessor.

In a bid to make the Skylake family even more competitive when it comes to multimedia, Intel reportedly once again plans to redesign its video decoding/encoding engines to support the HEVC/H.265 codec and potentially even the VP9 codec in a order to provide hardware-accelerated playback of ultra-high-definition video. The company is also projected to further improve quality of media playback by adding new filters. 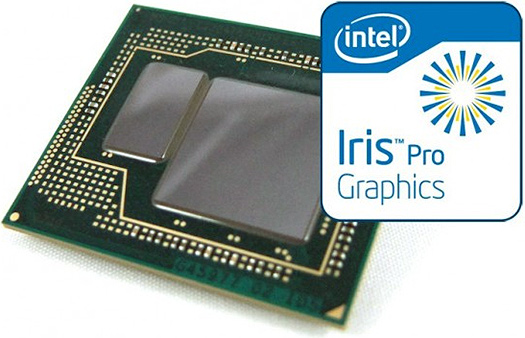 When it comes to other capabilities, the Skylake’s integrated GPU should be generally similar to its predecessors. The graphics core will support the DirectX 11.2, the OpenGL 5.0 and the OpenCL 2.1 application programming interfaces, but there is nothing said about the next-gen DirectX 12.0-class of capabilities. The GPU will support 4096*2304 at 60Hz resolution with 24-bits per pixel over DisplayPort/eDP interfaces as well as 4096*2160 at 60Hz resolution over HDMI.

Thanks to higher performance graphics processing engine, Intel will be able to further boost sales of its higher-end microprocessors to those who want better graphics, but do not want to pay for discrete graphics cards. End users will likely be able to enjoy better-looking video games even on systems with integrated graphics processors. What is unclear is whether Intel’s Skylake will use integrated GPUs for highly-parallel workloads, like AMD’s Kaveri accelerated processing units do.

KitGuru Says: It is clearly nice that Intel continues to improve performance of its integrated graphics processors. What remains to be seen is whether the new IGP will also support new features.