As the launch of Nvidia Corp.’s GeForce GTX 980 Ti graphics card is approaching, more details about the upcoming add-in-board get revealed. Two web-sites have published specifications of the new enthusiast-class graphics solution from Nvidia as well as the first photos of the reference GeForce GTX 980 Ti adapter. As expected, the novelty will be very similar to the flagship GeForce GTX Titan X, but will not match it.

Nvidia’s forthcoming GeForce GTX 980 Ti graphics card will not be powered by the GM200 graphics processing unit with maximum configuration, according to an excerpt from a presentation published by South Korea-based Hardware Battle web-site. The GM200-310 GPU will feature 2816 stream processors and 176 texture mapping units. It is unknown whether the graphics processor has reduced amount of raster operations pipelines and a cut-down memory interface (akin to that of the GeForce GTX 970’s 224-bit + 32-bit memory bus), but the card carries 6GB of GDDR5 memory, according to market rumours. 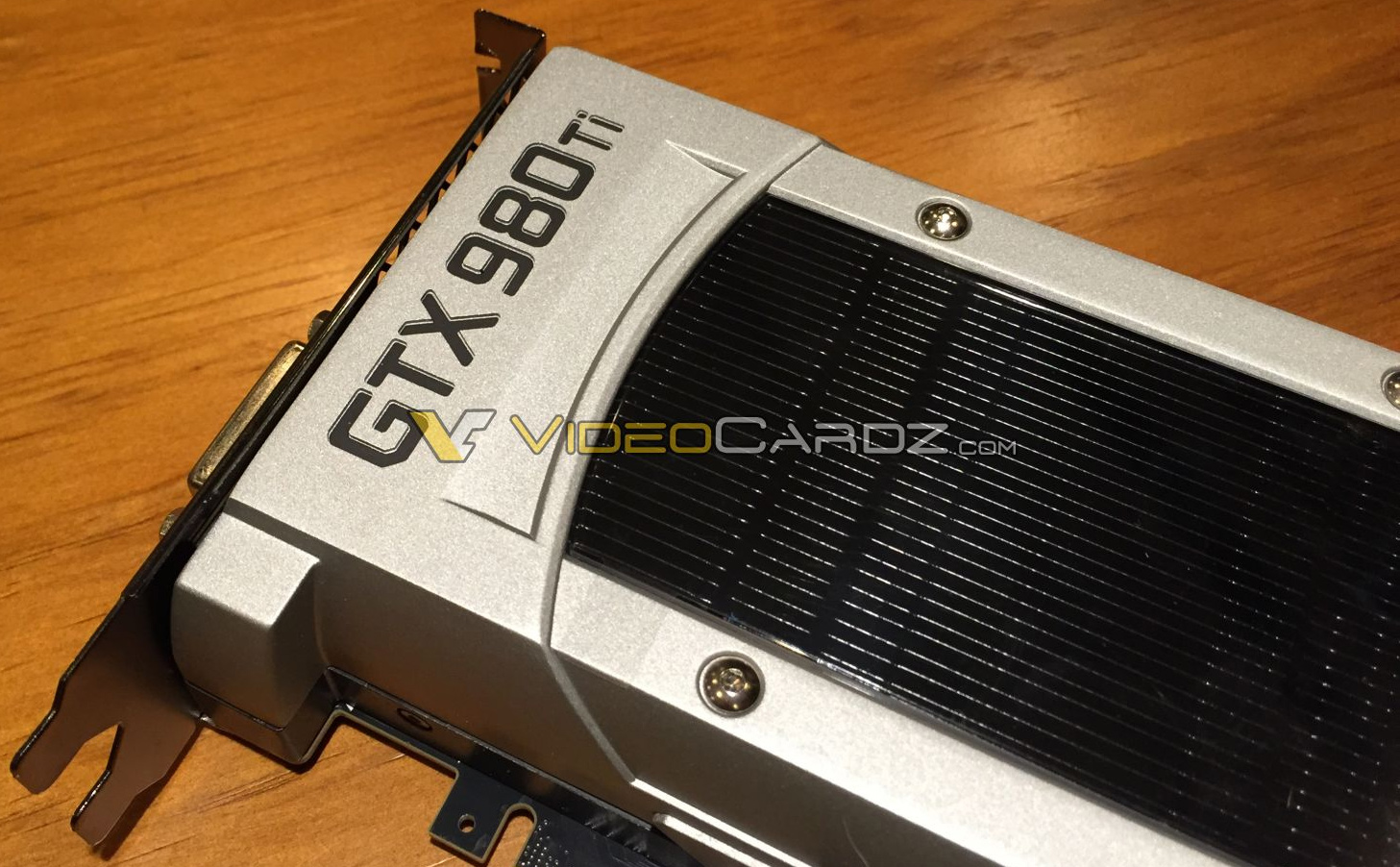 The first images of the GeForce GTX 980 Ti prove that the card uses the same PG600 printed circuit board as the GeForce GTX Titan X with some minor tweaks. The graphics card has product ID 699-1G800-0030-800 B2. The upcoming high-end solution from Nvidia will use the same cooling system as many of its predecessors, so the adapter will likely be rather quiet. 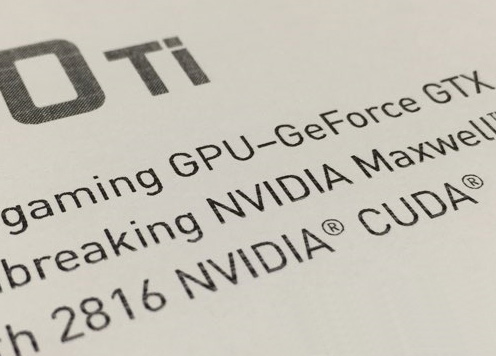 It is expected that Nvidia’s partners will be allowed to design their own PCBs and cooling systems for the GeForce GTX 980 Ti. It is possible that at the Computex Taipei trade-show in early June at least some of proprietary GeForce GTX 980 Ti graphics cards will be demonstrated. 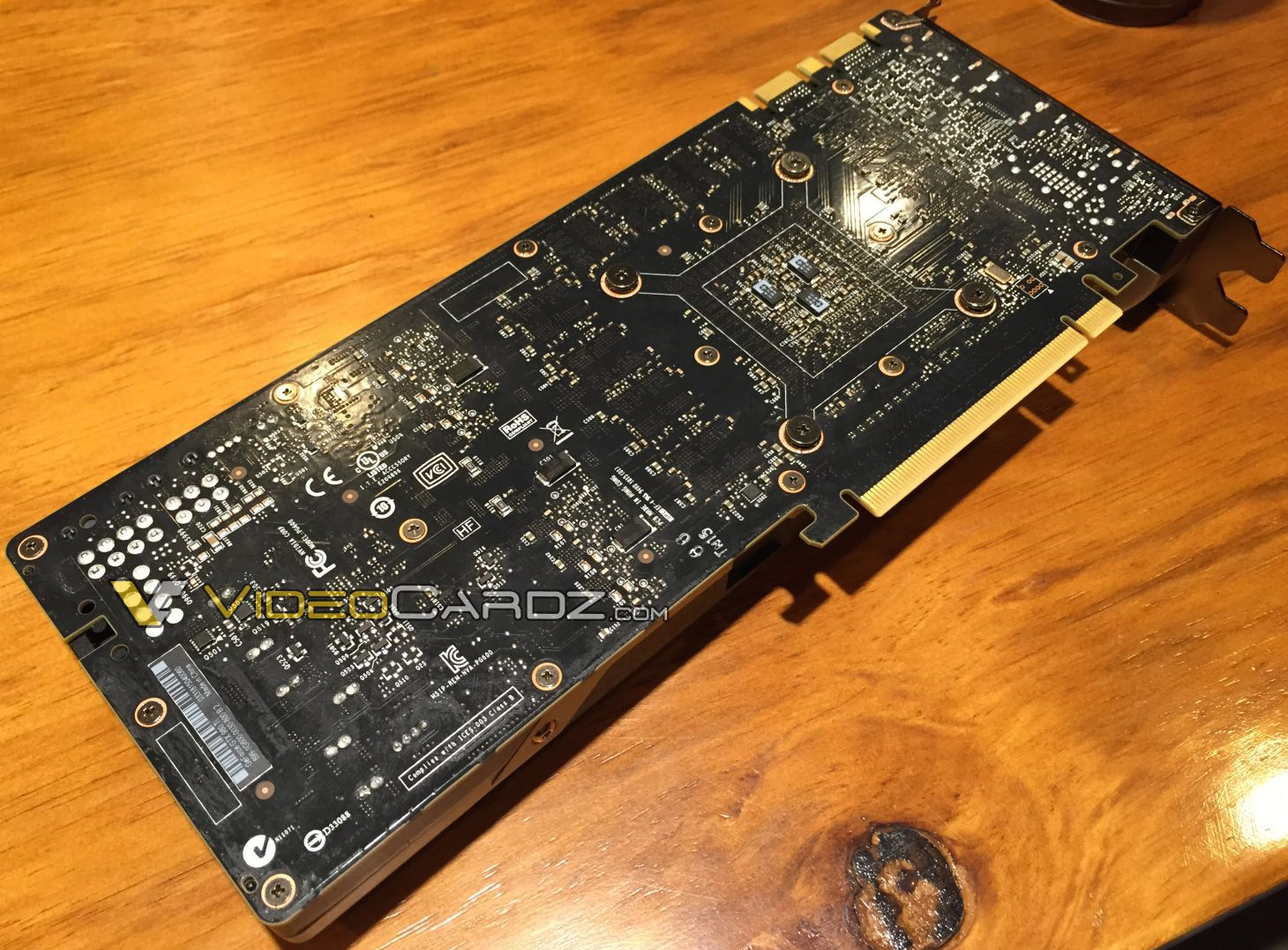 KitGuru Says: It was completely illogical for Nvidia to use the fully-fledged GM200 for the GeForce GTX 980 Ti graphics card, which is why it slightly reduced the amount of execution units inside the chip. Considering the die size of the GM200 and its possible yield, it is likely that eventually Nvidia will offer a yet another graphics adapter powered by the chip. There are rumours about the GeForce GTX 980 Metal, but its possible specifications are yet to be discovered.
it.