Nvidia Corp. on Monday unveiled what it claims to be the most powerful compute accelerator on the planet. The Tesla K80 dual-GPU solution sports 4992 stream processors as well as 24GB GDDR5 memory in a bid to offer unprecedented performance for difficult computational challenges, ranging from astrophysics, genomics and quantum chemistry to data analytics.

The Tesla K80 accelerator is based on two GK210 processors with 2496 stream processors enabled (4992 stream processors in total). The GPUs operate at clock-rates between 562MHz and 875MHz thanks to GPU Boost technology. 24GB of GDDR5 memory function at 5.0GHz. effective frequency. The Tesla K80 delivers up to 8.74TFLOPS single-precision and up to 2.91TFLOPS double precision peak floating point performance. 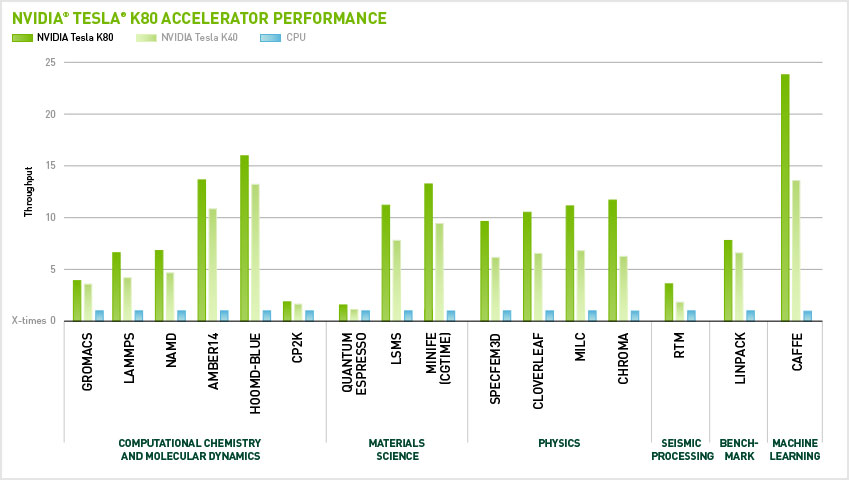 “Nvidia GPUs have become the de facto computing platform for the deep learning community,” said Yann LeCun, director of AI research at Facebook, and silver professor of computer science and neural science at New York University. “Because the accuracy of deep learning systems improves as the models and datasets get larger, we always look for the fastest hardware we can find. The Tesla K80 accelerator, with its dual-GPU architecture and large memory, gives us more teraflops and more GB than ever before from a single server, allowing us to make faster progress in deep learning.” 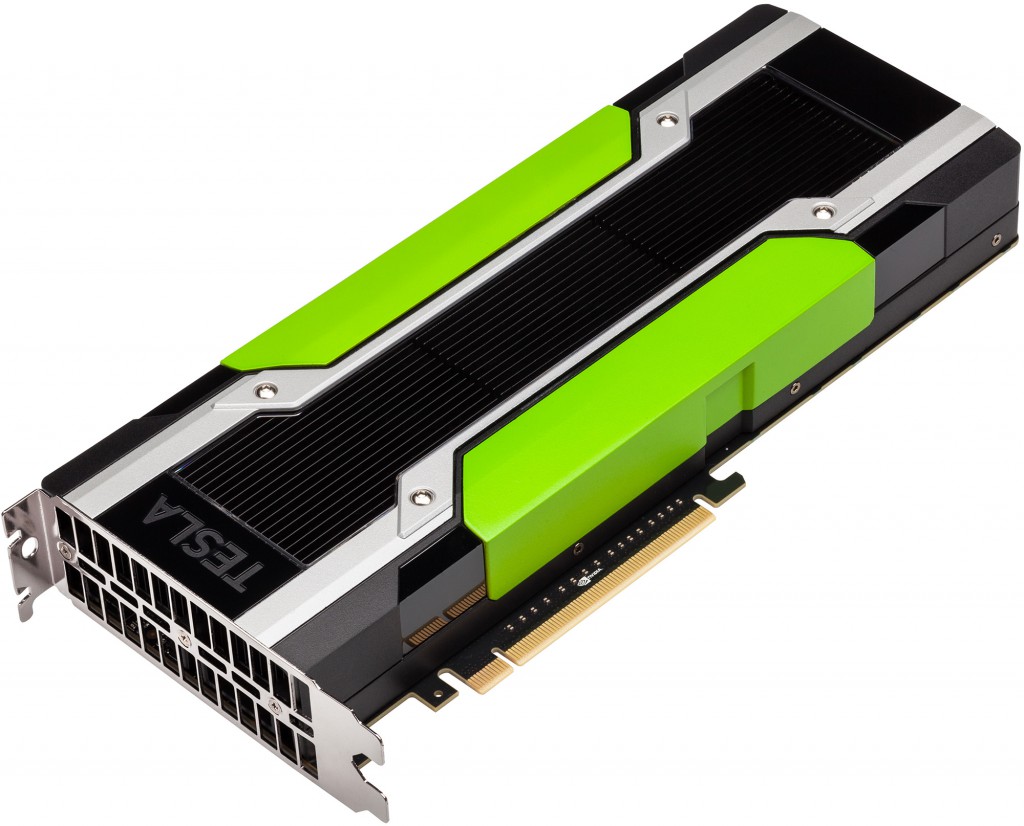 The Tesla K80 compute accelerators are available inside HPC servers and as compute cards. Each card costs $5000.

KitGuru Says: It looks like the code-named GM200 graphics processing unit is not really ready, which is why the company uses the GK210 chips on its premium accelerator. Still, it seems that GK210 will not be used on consumer graphics cards, its enlarged caches will not give any advantages to graphics applications, whereas additional complexity will likely limit clock-rate potential.