Nvidia Corp. late on Thursday made the first official comment regarding availability of its dual-GPU flagship graphics card, the GeForce GTX Titan Z. The company reassured its investors and financial analysts that the product would be available in the second quarter of its fiscal year, but did not provide any exact dates.

“At the very high end, we announced our newest flagship GPU, the GeForce GTX Titan Z,” said Chris Evenden, the director of investor relations at Nvidia, during a conference call with financial analysts and investors. “This is the highest performance graphics card we have ever designed. The Titan Z will please both PC enthusiasts and CUDA developers and will be available in Q2.”

Nvidia’s second quarter lasts from May till late July, so, the company gives a rather broad window when it intends to start selling the product.

From the revenue stand-point, the GeForce GTX Titan Z is hardly important for Nvidia and its investors. Given the extreme price of the dual-chip flagship, it is unlikely that Nvidia can sell a lot of such graphics boards. In fact, even if Nvidia manages to sell several thousands of the Titan Z graphics cards (not really likely), their value will only be a small fraction of Nvidia’s total GPU sales (nearly $900 million in Q1 FY2015). However, The GeForce GTX Titan Z is important for Nvidia’s image of the leading GPU provider. The company must sustain performance king crown. 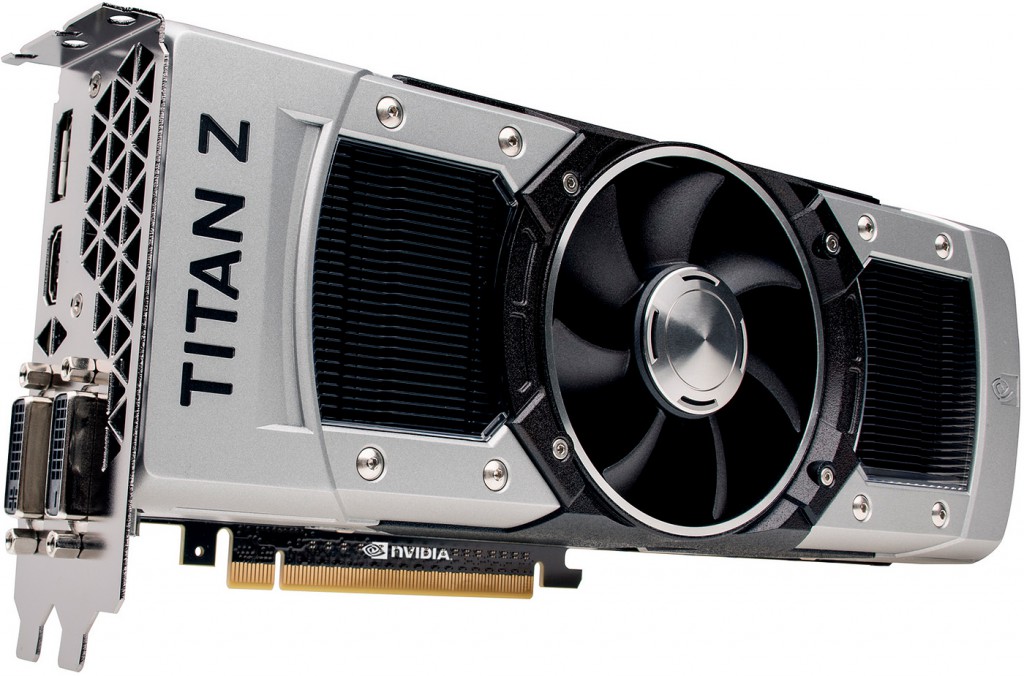 Nvidia GeForce GTX Titan Z is based on two Nvidia GK110 graphics processors in their maximum configuration with 2880 stream processors (as well as 240 texture units and 48 raster operations pipelines) that run at 705MHz in default mode and 889MHz in “boost” mode. The board is equipped with 12GB of GDDR5 memory (6GB with 384-bit bus per GPU) that operates at 7.0GHz effective frequency. The graphics solution boasts with 5760 compute units in total and delivers around 8TFLOPS of single-precision compute performance.

It is believed that at present Nvidia is polishing its drivers and is trying to boost GPU clock-rates of the Titan Z in order to make the graphics card more powerful than AMD Radeon R9 295X2. The dual-chip Titan Z graphics solution will cost starting from $3000 (£2330, €2835) without taxes.

KitGuru Says: Keep in mind that typically the companies do announce more or less precise launch timeframes when they have a clear understanding about the start of volume sales. Therefore, if the GeForce GTX Titan Z had been ready to go, Nvidia would have announced a more specific release dates (e.g., “in the coming weeks”).