There is a clear trend towards small form-factor (SFF) personal computers on the market. Thanks to high-performance low-power processors and solid-state drives, even small PCs can deliver high performance even in demanding general-purpose applications. However, when it comes to games and high-performance graphics cards, there is always a trade-off between physical size and performance. Fortunately, Sapphire Technology decided to put an end to this, at least to a certain degree.

The Sapphire R9 285 ITX compact OC edition has almost similar clock-rates as AMD’s reference design (928MHz for GPU and 5.5GHz for memory), hence, it provides similar performance while being considerably smaller than competing solutions. It should be noted that the R9 285 ITX compact OC edition graphics card features a two-slot cooling system. While the board itself could be installed into many SFF PCs, it should be noted that it can consume rather huger amount of energy (up to 190W, according to AMD), thus, a fine power supply unit is a must. 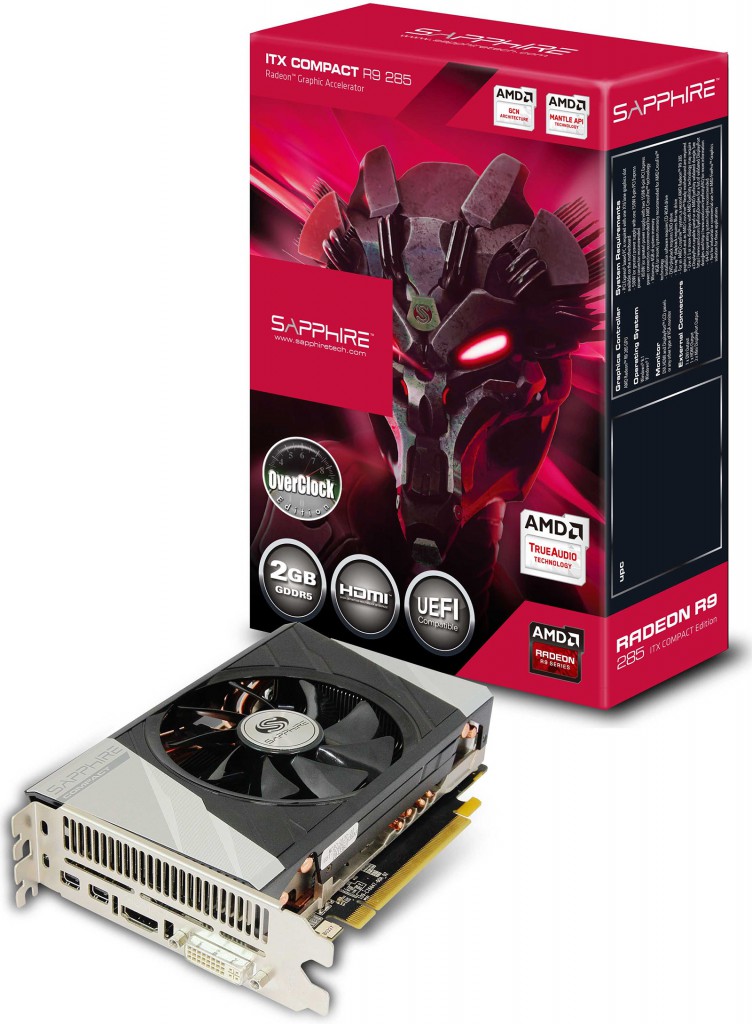 Separately, Sapphire introduced this week two other products based on the Radeon R9 285. The Sapphire R9 285 Dual-X sports the company’s advanced Dual-X cooling system featuring two aero-foil fans and a set of heat-pipes, but default 918MHz/5.5GHz clock rates. The R9 285 OC model features the enhanced frequencies of 965MHz for the GPU and 5.6GHz for memory.

All three graphics boards will be available starting the 2nd of September, 2014, worldwide. Prices will vary depending on the region.