Following on from our earlier story on the upcoming 8GB R9 290X VaporX Edition, we have also just been shown the new R9 290 Toxic Edition which is shipping in an 8GB configuration. Now based on previous releases, we know the Toxic branded products are normally Sapphire’s fastest, but we have yet to get any confirmed clock speeds. We have heard this card is set to target the new Nvidia Titan Black at ultra high resolutions. If you are an AMD fan then these new 8GB Sapphire R9 290X cards should be the fastest that money can buy.

Unlike the VaporX Edition which has blue accents on the cooler, the Toxic Edition ships with an orange accented cooler. Both of these cards will be limited edition, and pricing has yet to be confirmed by Sapphire, likely closer to the launch date.

Again without more details on the final retail clock and configurations we can’t confirm or deny core and memory speeds. The 8GB of GDDR5 memory should make these cards ideal for gamers who are currently running triple monitor, or who are thinking of getting a new Ultra HD 4K screen in 2014. No confirmed pricing on this solution from Sapphire, but it will be a very limited edition with only a handful of cards lifted from the production run able to run stable at the clock speeds (to be confirmed). Retail price is expected to reflect the high premium from such a limited edition production run.

If you have a 1080p monitor, both of these 8GB cards from Sapphire are overkill, just like the 6GB Nvidia Titan Black. 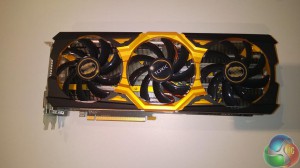 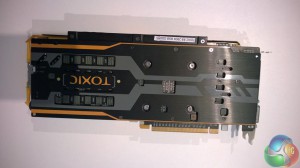 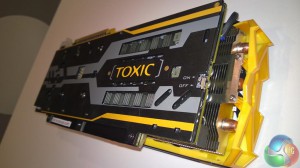 Kitguru says: More details as we have them!