Asus is one of the biggest computer manufacturers in the world and can showcase a wide variety of products – from laptops to monitors and mice. Now the Taiwan-based hardware company is launching something that can be described as a “new oldie”.

Asus' new product goes under the name GT710-4H-SL-2GD5 and is a revised version of Nvidia's GeForce GT 710. The GT 710 entered the world back in 2016 and even then it wasn't exactly a big performer. The card was – rightly so – presented as a cheap option for computers with no internal GPU.

Asus describes GT710-4H-SL-2GD5 as a “passively-cooled single-slot graphics card that enables quiet multi-monitor productivity”. The focus is still not on performance, but on instead lies on the card being capable of supporting four monitors simultaneously. 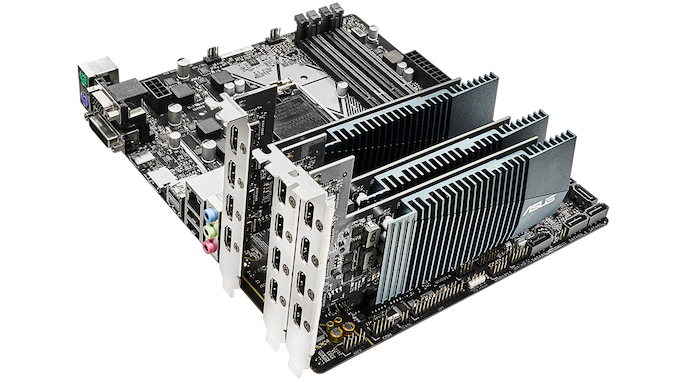 Multiple GT710-4H-SL-2GD5 cards can be installed on the one motherboard – meaning that up to 16 monitors can be connected to the same desktop. The card supports resolutions of up to 3840×2160 at 60Hz for a single panel, or the same resolution at 30Hz when using multiple monitors.

According to AnandTech the GT710-4H-SL-2GD5 is expected to cost about $50, so UK consumers will likely see pricing around £40.

KitGuru says: What do you think of the “new oldie” from Asus? Can you find a good use of the card?