With the boom in popularity of the battle royale genre drawing millions of users per day, there has been an increased focus on squeezing every last bit of performance out of hardware. Better components certainly offer more frames per second, but Nvidia wanted discern whether more frames truly translated to a higher kill-to-death (K/D) ratio.

Latency is important in any competitive game, let alone the tense atmosphere of a battle royale. This is the time it takes for an action to register on screen such as a key stroke or mouse click, measured in milliseconds (ms). Considering Game Engine, Direct X Render and the GPU all provide the same latency, Nvidia describes graphics cards as one of the most important factors in achieving low-latency gameplay.

Frames per second is another central feature for smooth gameplay without “skipping pixels,” enabling players to react quicker to movement on the screen. Looking towards the professional scene, approximately 99% of Fortnite, PUBG and Apex Legends players sport 144Hz monitors while 30% reach as high as 240Hz displays, according to ProSettings. net and ProSettings.com. To achieve the respective frames per second, a player must own capable hardware. 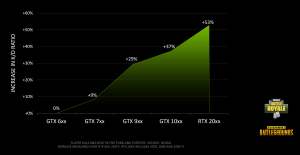 Now, it’s worth noting that Nvidia’s analysis is not a controlled experiment, but it does gain insight into the everyday player. Team Green found that the K/D ratio for PUBG and Fortnite players significantly increased with higher-end graphics cards. “The the median player using new GeForce RTX 20-Series graphics cards had a 53% higher K/D ratio compared to a player using the older GTX 600-Series cards,” reads the report.

While better players are more likely to invest in better hardware, Nvidia also found that having a better graphics card improved a player’s K/D ratio at all levels of play within the GTX 10 Series of cards alone. Resolutions higher than 1080p were omitted to keep some semblance of a fair test, yet a steady K/D improvement was seen across all refresh rates. 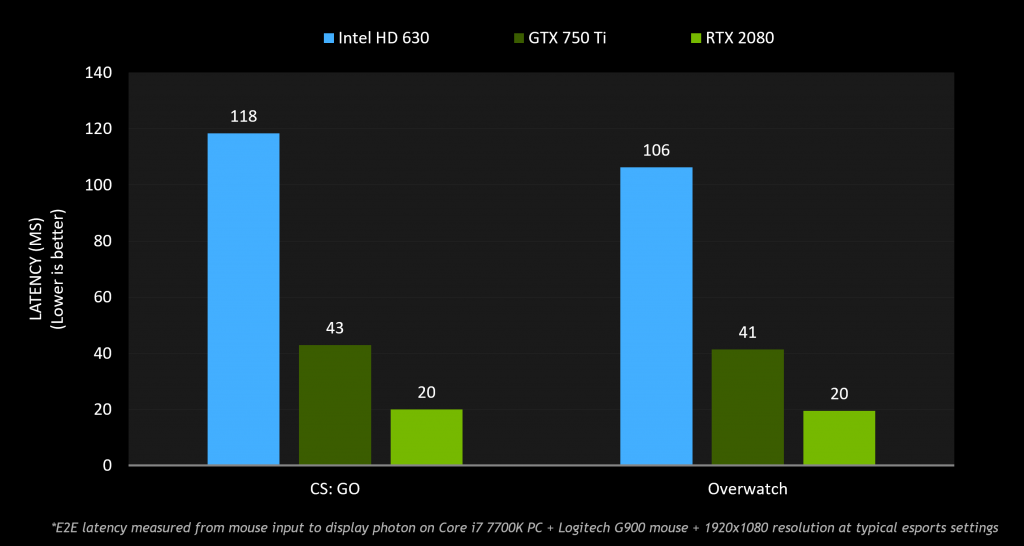 Unsurprisingly, Nvidia’s latest RTX 20 Series of graphics cards provides the best frame rates and halves the latency seen on the GTX 750 Ti, providing some of the better options for competitive play. It isn’t clear how much benefit the newly launched GTX 1660 Ti provides, as it was curiously omitted from the findings.

If upgrading isn’t on the cards, it’s recommended that players crank their in-game settings down to achieve higher frames. But remember, hardware can only “assist gamers in getting closer to their maximum potential.” The rest is practice and training.

KitGuru Says: This isn’t a particularly surprising result, but it is interesting. I once dropped from 60Hz to 30Hz when switching to a longer cable without thinking, resulting in the worst two games of Rainbow Six Siege I’ve ever played. More frames, more refresh rate and less latency certainly help to craft a better experience filled with an improved K/D. Do you feel as though system performance impacts your performance in-game?

Previous Corsair K83 Wireless Review – An Entertainment Keyboard
Next Is it too little, too late for Mark Zuckerberg to promise a “privacy focused” Facebook?