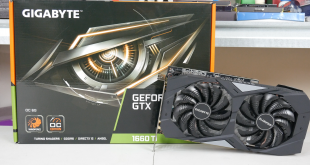 For GTX 1660 Ti launch day, we reviewed the MSI Gaming X card – a high-end factory overclocked model with a £50 price premium over the 1660 Ti's £259 MSRP. While it proved to be a very capable card, the added cost meant it didn't offer very compelling value. That could all change today, however, as we turn to Gigabyte's GTX 1660 Ti OC 6G. It's still a dual-fan, factory overclocked card, but it comes in at just £269, putting it much closer to the baseline MSRP. Is it worth buying?

Taking a look at the various GTX 1660 Tis currently available for £259, a lot of them are actually small, single-fan coolers running at stock speeds. This Gigabyte GTX 1660 Ti OC 6G may be £10 more expensive than the MSRP, but you get a dual-fan ‘Windforce X2' cooler, while the core has also been slightly overclocked – running at 1800MHz instead of 1770MHz. 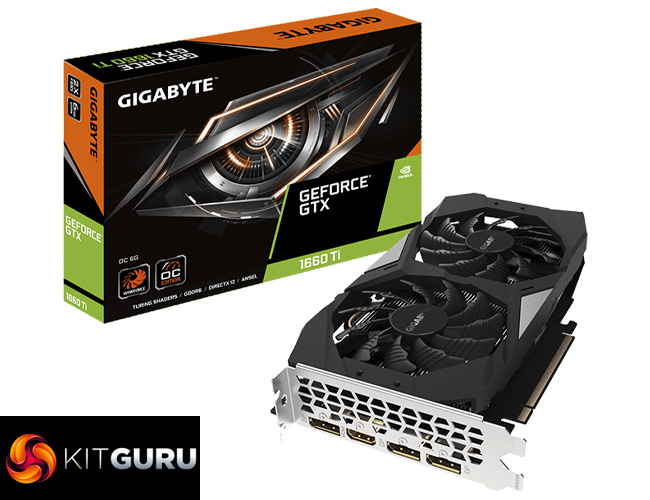 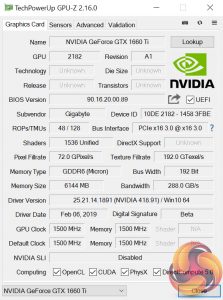 The only real difference between this Gigabyte card and the reference spec for GTX 1660 Ti is the clock speed – as mentioned, the OC 6G has been overclocked by 30MHz to give a rated boost clock of 1800MHz. This is 75MHz slower than what MSI achieved with its Gaming X, so it will be interesting to see what kind of performance difference this works out to when we get to our game testing.

Elsewhere, of course all the other core specs of the GTX 1660 Ti are the same. The card uses the TU116 GPU, newly created for GTX 1660 Ti, which is outfitted with 24 SMs and 1536 CUDA cores. There's 6GB GDDR6 memory running at 12Gbps – 2Gbps slower than the GDDR6 we have seen from RTX 20-series cards – but we look at overclocking this later in the review.