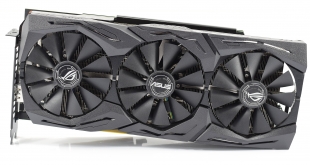 Today marks a week since the launch of Nvidia's RTX 2060 Founders Edition graphics card, and the latest addition to the Turing family has been generally well received – at £329, it's still not a budget option, but there is finally a more affordable card in the RTX 20-series line up.

We've already seen what the Founders card can do, though, so what about a factory overclocked custom card? That's exactly what we're focusing on today, with a look at the ASUS ROG RTX 2060 Strix OC – a triple-fan aftermarket RTX 2060 solution with a boost clock of 1830MHz. Is this a better buy than Nvidia's Founders Edition card?

Unlike the other RTX 20-series cards, Nvidia's RTX 2060 Founders Edition is not a factory overclocked model – it ships with the reference boost clock of 1680MHz. That means it is up to Nvidia's partners to ship factory overclocked models which push the boundaries of what a 2060 is capable of. This ASUS ROG RTX 2060 Strix OC, for instance, has an 1830MHz boost clock – but you can increase this to 1860MHz by enabling ‘OC Mode' within ASUS' GPU Tweak II software.

On top of that, there are also plenty of features to talk about – including dual-BIOS functionality, the triple-fan cooler and even an on-board Aura RGB header for connecting other RGB devices. With ASUS' MSRP coming in at £455, though, are you getting a good deal? 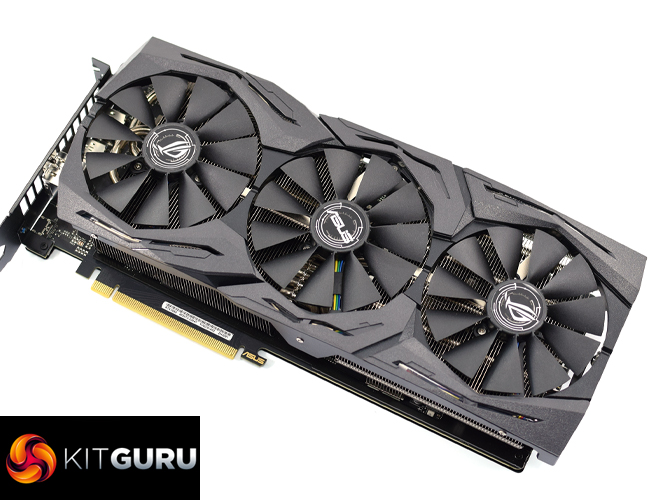 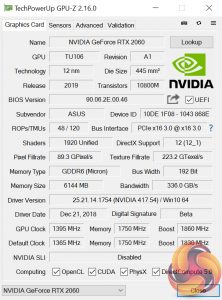 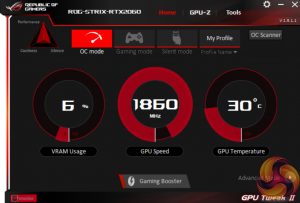 As mentioned, the ASUS ROG RTX 2060 Strix OC is capable of an 1860MHz boost clock – enabled by choosing OC Mode in the GPU Tweak II software. This gives the Strix  an effective clock speed advantage of 180MHz over the Founders Edition, and this is the mode we used when testing the card.

Other than that, though, the core specs are all the same as a reference 2060 – meaning we have the same 1920 CUDA cores, 240 Tensor cores and 30 RT cores. It is also worth noting the 6GB GDDR6 memory hasn't been overclocked out of the box.