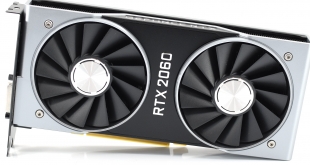 Following on from the launch of the RTX 2080 and 2080 Ti in September, and then the RTX 2070 a month later, it's not exactly a surprise that the RTX 2060 is the next Turing-based graphics card to be released by Nvidia. Essentially a cut-down RTX 2070, based on the same TU106 GPU, this card does indeed have the necessary RT and Tensor cores to make use of RTX features like ray tracing and DLSS – contrary to some rumours, this is very much an RTX card, not a return to GTX nomenclature.

Just how effective the card is when it comes to real time ray tracing, we will have to see – and there is still only one game on the market that actually supports the technology. But with this Founders Edition retailing for $349 – or £329 for us in the UK – is the all-round performance enough to justify the price?

With its previous RTX 20-series cards, Nvidia complicated matters by releasing reference specifications for its cards, but then selling the Founders Edition models with a factory overclock – so they are not reference cards. If you want a reference-clocked RTX 2080, for instance, you would have to buy a cheaper aftermarket card.

That means baseline RTX 2060s – which at the time of writing, only seem to be available with 6GB VRAM – will be clocked at 1680 MHz, though GPU Boost will still raise this frequency dynamically when the card is under load. It will be interesting to see what kind of factory overclocks Nvidia's partners can supply with their custom cards. 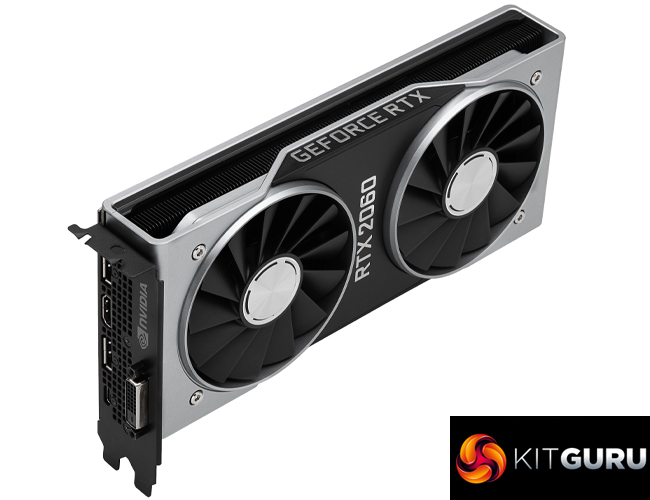 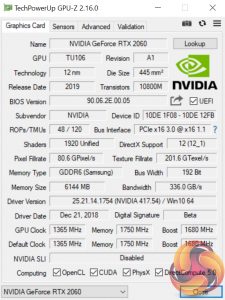 We have the same GDDR6 memory as all of the other RTX cards – meaning a 14 Gbps data rate – but obviously 6GB in capacity here. This operates over a 192-bit bus, and the total memory bandwidth is 336.1 GB/s.

Lastly, TDP for this Founders Edition card is rated at 160W, so we would expect other reference-clocked cards to have the same TDP, but factory overclocked models will probably be closer to 200W.