While we didn't get too many details during the keynote, Nvidia was clear in marketing this as the RTX GPU for the mainstream – targeting 60fps in ray tracing titles. Priced at $329 (likely £299), this is the most affordable Ampere GPU yet.

In terms of specifications, the inclusion of 12GB GDDR6 memory will raise eyebrows, as it is a higher memory capacity than even the RTX 3080, albeit slower GDDR6 instead of GDDR6X. We are not clear on the reasons behind this decision (though 6GB in 2021 on a $300+ GPU would clearly not cut it) but plan on asking Nvidia as soon as we can. 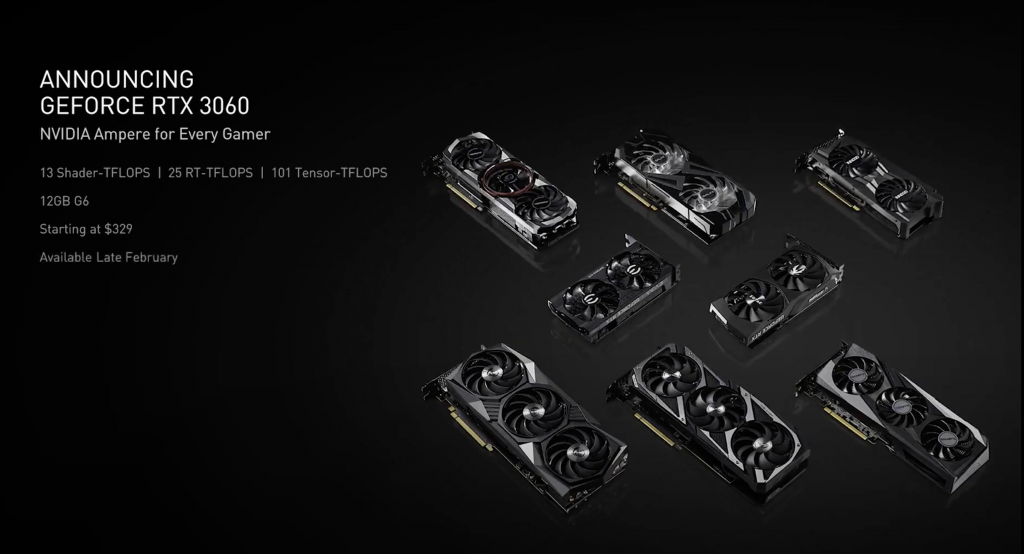 Other high level specifications were also mentioned, including 13 shader TFLOPS and 25 RT-TFLOPS, alongside 101 Tensor TFLOPS. Shortly after the keynote ended, the RTX 3060 product page went live, giving us some more details.

KitGuru says: Ampere continues to trickle down the stack, and we won't have to wait too long to find out how RTX 3060 performs.