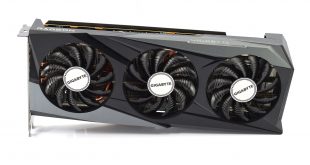 Today we are back with our third RX 6700 XT review, following on from Sapphire's Nitro+ card and AMD's reference design. The card in question is Gigabyte's RX 6700 XT Gaming OC, featuring the company's Windforce 3X cooler, a factory overclocked core and a full-length metal backplate. Is this a 6700 XT to consider, or are there better options? 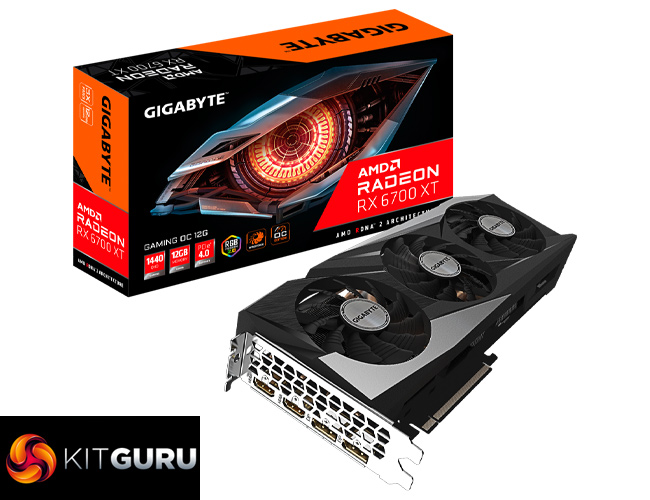 We've reviewed several of Gigabyte's current-generation graphics cards, including the RX 6900 XT, RTX 3070 and RTX 3060 models. All share the same overall appearance, with just a few differences on show when looking at the internal heatsink design. That applies to the RX 6700 XT Gaming OC as well, though one thing to note right away is that it doesn't support dual-BIOS, which is something found on the RTX 3070 and RX 6900 XT models. 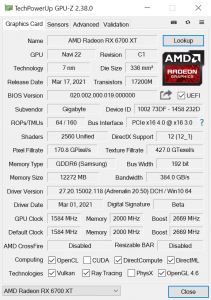 As for the memory configuration, AMD has opted to use a 192-bit memory interface paired with 12GB of GDDR6 memory. Using 16Gbps modules, total memory bandwidth hits 384 GB/s, which is lower than its predecessor, the RX 5700 XT. RDNA 2 GPUs, however, have the benefit of AMD's Infinity Cache, with a 96MB cache used here.

Lastly, reference total board power (TBP) is rated at 230W. Gigabyte hasn't confirmed that the TBP has increased with the Gaming OC, but we would expect that to be the case. This is something we test later in the review.