Today we are back with a look at not one, but two RX 5700 XT graphics cards. In this review, we are directly comparing the Gigabyte RX 5700 XT Gaming OC to the Aorus RX 5700 XT. For those that don’t know, Aorus is Gigabyte’s premium sub-brand, and today we see what differences there are between the two cards, and whether or not it is worth paying the extra money for an Aorus model.

The prices of these two graphics cards immediately reflects the different product positioning for each model. The Gigabyte RX 5700 XT Gaming OC is currently £374.99 while the flagship Aorus RX 5700 XT retails for £409.99. That £35 increase over the Gaming OC is almost a 10% price jump for the Aorus model.

So what do you get for that extra money? Well, we won’t spoil everything for you here, but the Aorus comes with a higher boost clock, larger cooler and dual-BIOS support. Over the next two pages we take a close look at the difference in design between these two models, before extensively testing the two GPUs in over 10 games to see if there’s any meaningful difference in performance. 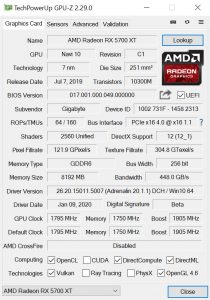 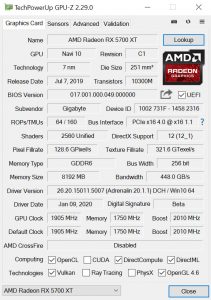 Reference RX 5700 XT has a rated game clock of 1755MHz, meaning both the Gigabyte and Aorus cards are factory overclocked. The Gaming OC has a 1795MHz game clock, while the Aorus is clocked even higher with a 1905MHz game clock. 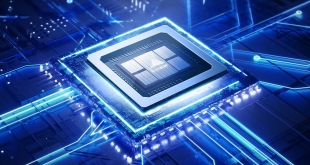