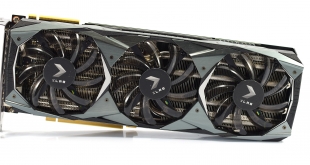 Nvidia's RTX 2080 Ti launched over a year ago, and since then it has remained the fastest consumer graphics card on the market, withstanding challenges from AMD's Radeon VII and Nvidia's own RTX 2080 SUPER. We've reviewed a number of ultra high-end 2080 Ti custom cards, many costing close to £1500. If you don't want to spend quite so much, PNY's 2080 Ti XLR8 Gaming may be worth a look – it's a triple-fan card that's priced just over £1000. 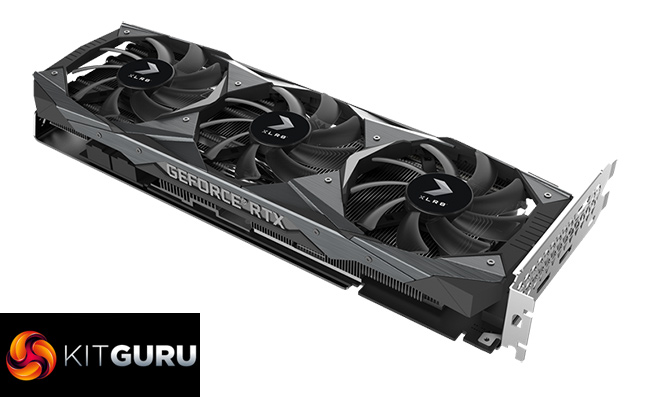 There's no such thing a ‘cheap' RTX 2080 Ti, but for a card like PNY's XLR8 Gaming the price of £1009 is somewhat lower than we have seen from other triple-fan behemoths like MSI's Lightning Z. Despite that, the XLR8 Gaming still ships with a weighty, three-fan cooler while its shroud also sports some aluminium plates as well.

We've updated a number of our games since our initial 2080 Ti review, so how well does this card perform when testing some of the latest titles? Let's find out. 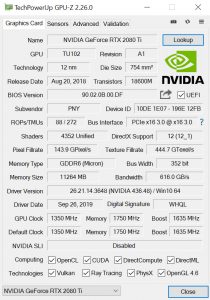 Before we get into the review itself, let's just remind ourselves of the core spec of RTX 2080 Ti. Using the TU102 GPU, with a 754 mm² die size, this is nothing short of a monster – 68 Streaming Multiprocessors, each with 64 CUDA Cores, gives this GPU total of 4352 cores, which is still over 1200 more than the RTX 2080 SUPER which launched in July. Each SM also houses one RT Core, so we have 68 of those used to power real-time ray tracing in games which support the technology.

Boost clocks for this card are unchanged from the Founders Edition, with a 1635MHz rated clock speed. Technically this means the card is factory overclocked, as true reference clock for 2080 Ti is 1545MHz boost, but PNY hasn't pushed clocks further than the Founders Edition.