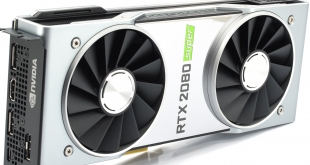 While reviews for Nvidia’s RTX 2060 and RTX 2070 SUPER graphics cards have been public for three weeks now, we’ve had to wait to get a look at the RTX 2080 SUPER. The wait is over, however, and today we can present our full review of this new card. Built on the same TU104 GPU as the original 2080, the SUPER model ships with two extra SMs, meaning it has an extra 128 CUDA cores. On top of that, Nvidia is using all-new 15.5Gbps GDDR6 memory with this card, increasing total memory bandwidth to almost 500 GB/s.

This still makes it £194 more expensive than the RTX 2070 SUPER, however, so what sort of performance increase can we expect to justify the additional cost? Alongside the Founders Edition, we also have a review of the MSI Gaming X Trio 2080 SUPER model for launch today, so be sure to check that out over here if you are interested in seeing what a high-end custom card can do. 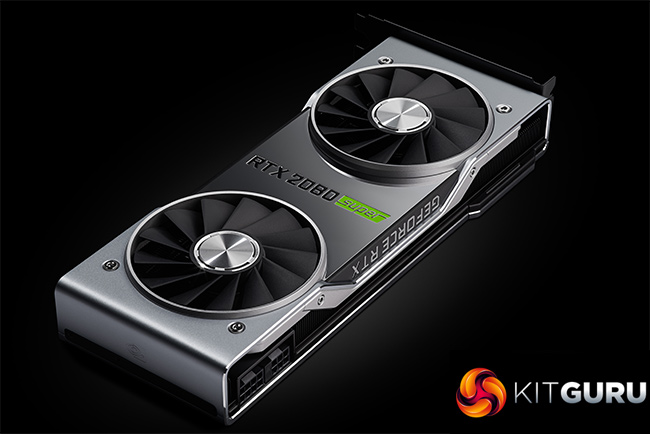 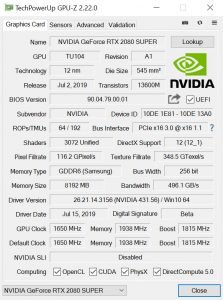 To help further improve this new card, Nvidia has also outfitted the 2080 SUPER with new memory chips, clocked at 15.5Gbps. The GDDR6 memory we’ve seen with the rest of the RTX series is slower, clocked at 14Gbps. It’s important to stress that the 2080 SUPER memory is new, and Nvidia hasn’t simply taken the existing memory and factory overclocked it. We will look at manually overclocking the new memory later in this review.

Lastly, the extra cores and faster memory does result in an increase in total graphics power (TGP), with the 2080 SUPER rated for 250W, or 25W more than the original 2080 Founders Edition.