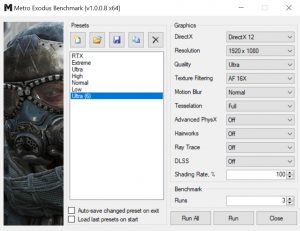 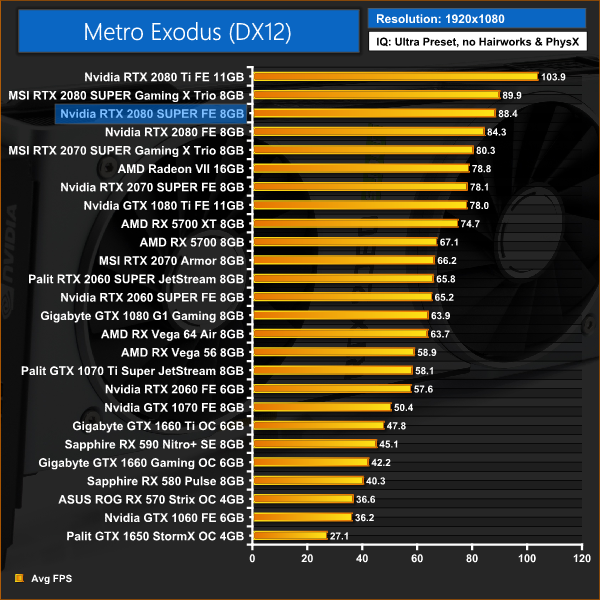 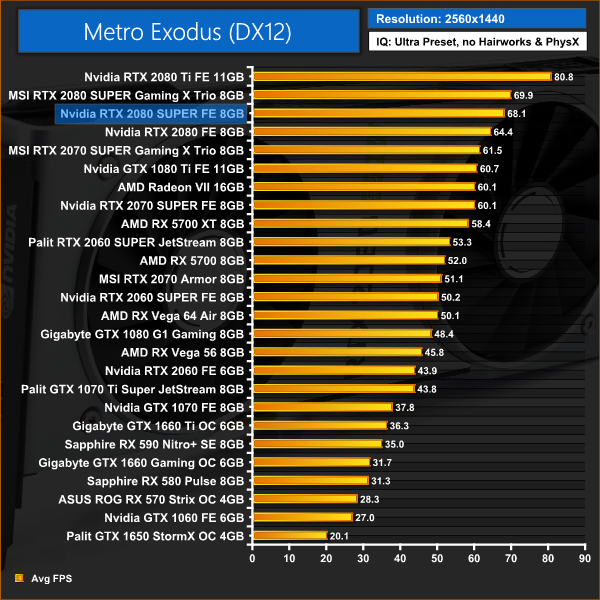 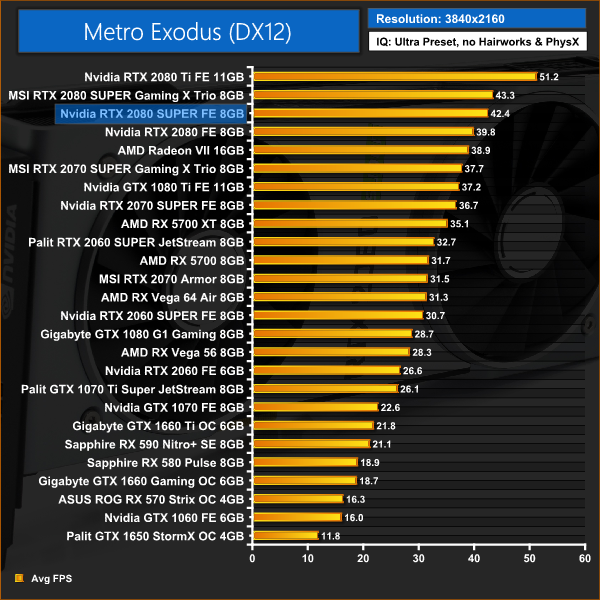 It’s when playing Metro Exodus at 4K that we see the single biggest performance increase for the 2080 SUPER versus the 2080, with its average of 42.4FPS proving to be 7% faster than the 2080’s result.