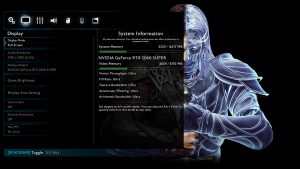 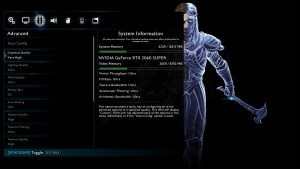 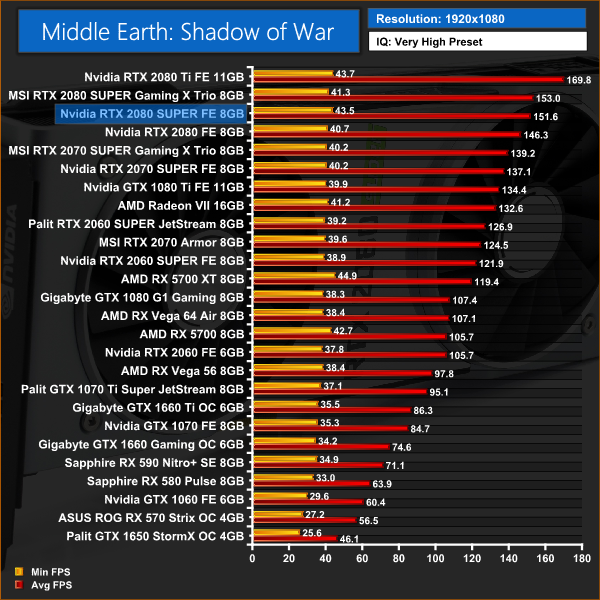 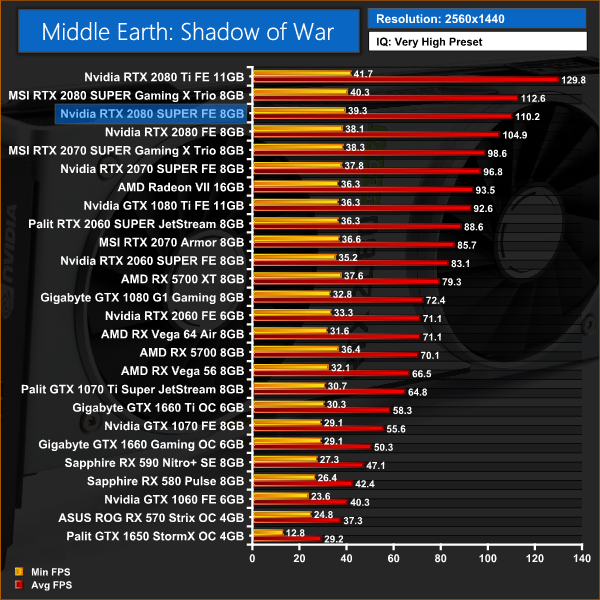 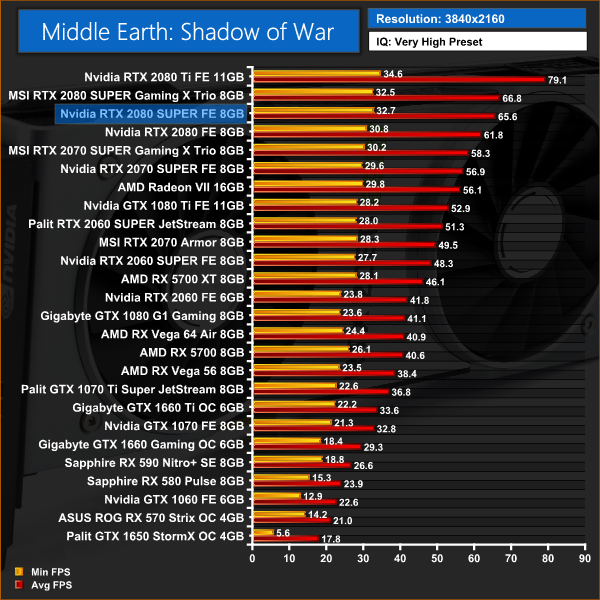 Performance is pretty consistent throughout our Shadow of War testing, with the 2080 SUPER ahead of its little brother by 5%.