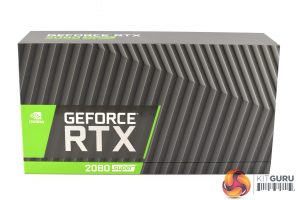 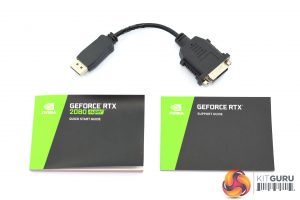 The RTX 2080 SUPER Founders Edition ships in the same compact box as the rest of the RTX lineup. Inside, we find a quick start guide, support guide and DisplayPort to DVI adapter. 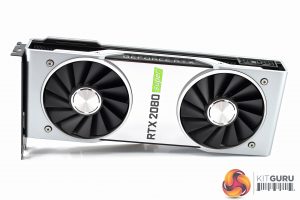 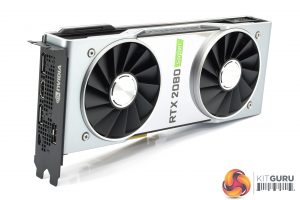 As for the card itself, well… if you’ve seen the original 2080 or 2070 SUPER, then you will know what this card is about as it’s exactly the same. Compared to the original 2080, it does have some extra ‘bling’, in that the middle plate between both fans now sports a mirror-finish design – with the new SUPER logo printed in green – but functionally the card is exactly the same.

That’s a very good thing, though, as Nvidia’s 20-series Founders Editions are incredibly well built and they also perform well too (but more on that later.) It also means it uses the same dual fan design, instead of the older blower-style reference cooler, and both axial fans measure 90mm in diameter. 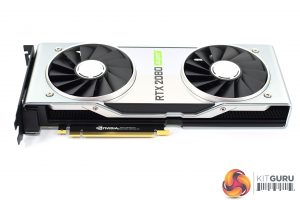 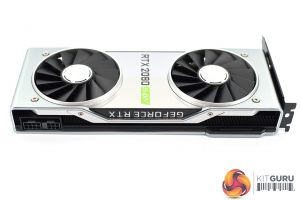 Being the same design as the original 2080 and newer 2070 SUPER, the dimensions are also identical between all the cards, with the 2080 SUPER measuring in at 266.74mm long and 115.7mm tall. It’s also ‘just’ two slots thick, so I would expect this to fit in most cases – even ITX ones. 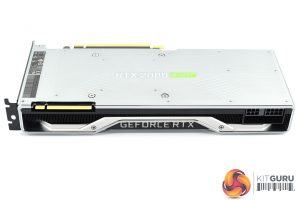 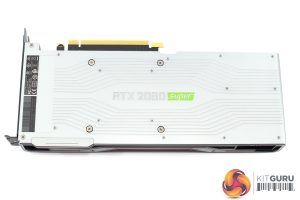 Elsewhere, the front side of the shroud is home to the ‘GeForce RTX’ logo which lights up green once your system is powered on.

There’s more green on the backplate, too, with the SUPER logo also positioned here. The backplate itself is silver aluminium and covers the length of the PCB. 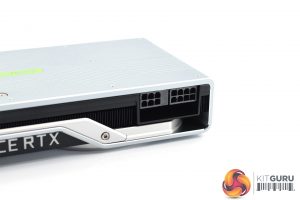 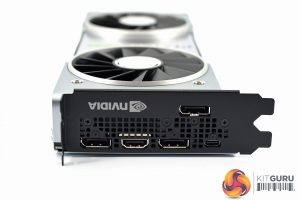 Despite the 25W increase in rated graphics power, Nvidia has kept the same 1x 8-pin and 1x 6-pin power requirements as the original 2080.