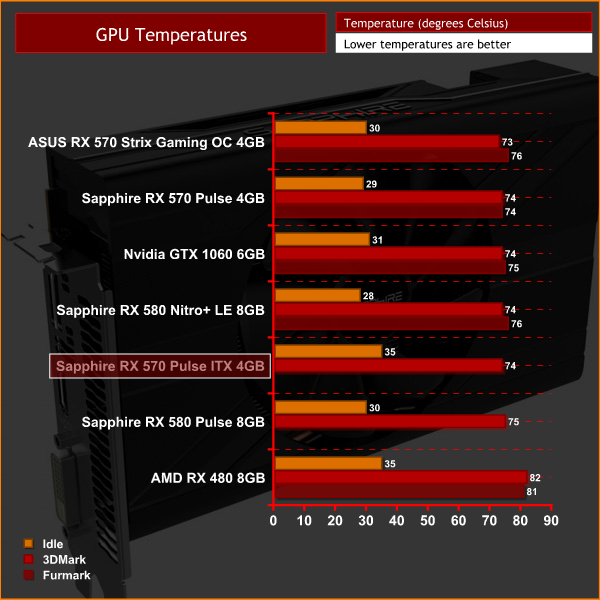 In terms of thermal performance, the RX 570 Pulse ITX performed very well. It obviously benefits from a lack of factory overclock which helps it stay competitive, but even so, a peak of 74 degrees is impressive for such a small card. 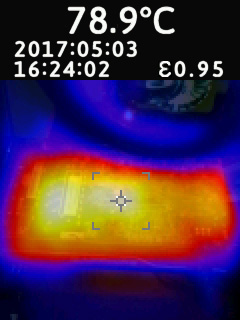 The lack of backplate does not seem to hurt the card too much, either, as I measured a peak temperature on the PCB of 79C. This is well within the boundary for acceptable thermal performance.