It’s been some time since we last looked at a graphics card based on Nvidia’s flagship RTX 3090 GPU, but that changes today with our review of Zotac’s new RTX 3090 AMP Extreme Holo. The company’s top-tier SKU, the AMP Extreme Holo sports an immensely large cooler, bling-tastic RGB implementation, plus a 420W power target to ensure you are getting every last drop of performance from the GA102 silicon. 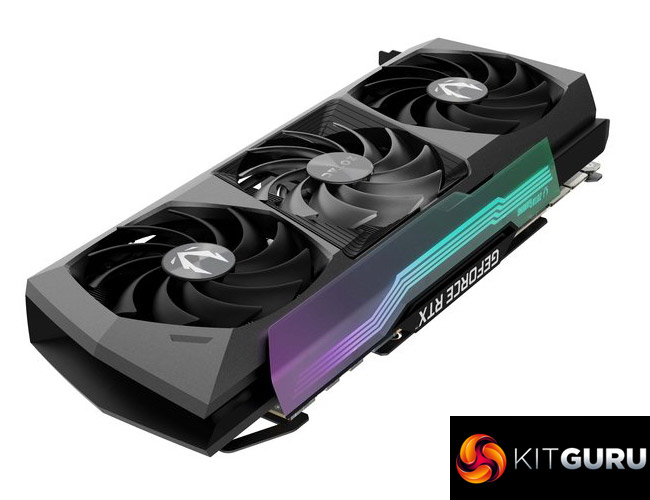 The Zotac RTX 3090 AMP Extreme Holo certainly isn’t for the faint of heart. Aside from its sheer size – it measures in over 35cm long – it features a bold and RGB-heavy design, which is likely to split opinion. From a technical perspective however, with a 420W power target plus a 120MHz factory overclock compared to reference specifications, it sounds very exciting indeed. Let’s dive in and see what this card is all about. 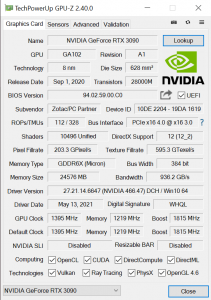 RTX 3090 defaults to a boost clock of 1695MHz, but Zotac has added 120MHz to this, bringing it up to 1815MHz. Later in the review we test exactly how fast this GPU actually operates, as we would expect GPU Boost to bring clock speed well above the rated speed.

Power draw has also been increased with the AMP Extreme Holo, up from 350W to 420W. It will be interesting to see how that affects GPU cooling as well.