One user on Reddit quickly pointed this out with an image of the presentation slide and the comment “No Blower!”. The teased image from the AMD presentation clearly shows a new dual axial fan cooling solution design that mimics other cooling solutions from board partners and Nvidia, rather than the traditional blower-style of current AMD cards.

Soon after the “No blower!” comment popped up on Reddit, AMD Radeon chief Scott Herkelman actually replied to the post and confirmed that next-generation AMD Navi graphics cards will, in fact, move away from the blower to feature a dual axial fan cooling solution design which is the more common approach taken these days. 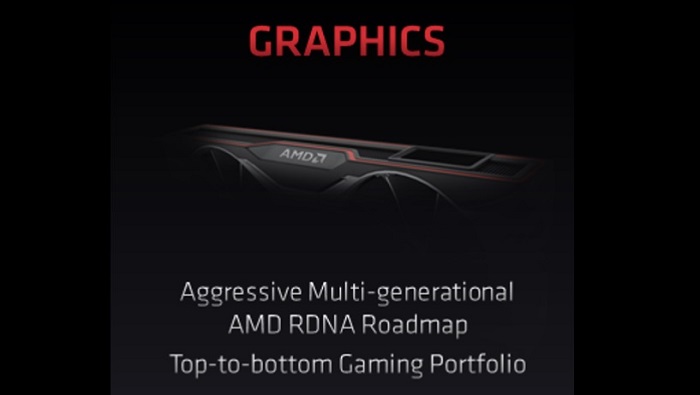 Herkelman’s response to the Reddit post was precise and simple, saying – “There will be no blower reference fans for gamers on next gen. So you are correct ;).” So while gaming graphics cards from AMD in the near future will ditch the blower-style cooling solution, professional workstation cards may not, according to Scott Herkelman’s response.

Nvidia made the switch to a dual axial fan cooling solution for its reference RTX 20 series cards, so it's not a huge surprise AMD will be doing the same. AMD made a triple axial fan solution for its Radeon VII card, before switching back to the blower-style for Navi. AMD also teased a potential RX 5600 XT reference design with dual axial fans, however, the 5600 XT series was partner exclusive. The new dual-fan design teased by AMD this week is unlike anything we have seen from AMD before and seems to be a brand-new design.

KitGuru says: AMD teasing its new reference graphics card cooling solution got some enthusiasts excited about next-generation AMD graphics cards. What do you guys think of this new dual fan design and what it means for the performance of future AMD graphics cards?