Biostar has announced the release of a new Mini-ITX Quad-Core SoC motherboard with a robust design for running basic tasks such as sending emails, web browsing and word processing in office and industrial applications.

The A10N-9630E from Biostar is also suitable for edge computing with its higher performance and low power consumption. The motherboard is built with form and functionality in mind, something which Biostar claims to rival all other similar devices on the market, with its built-in AMD A10-9630P quad-core processor and integrated AMD Radeon R5 graphics. 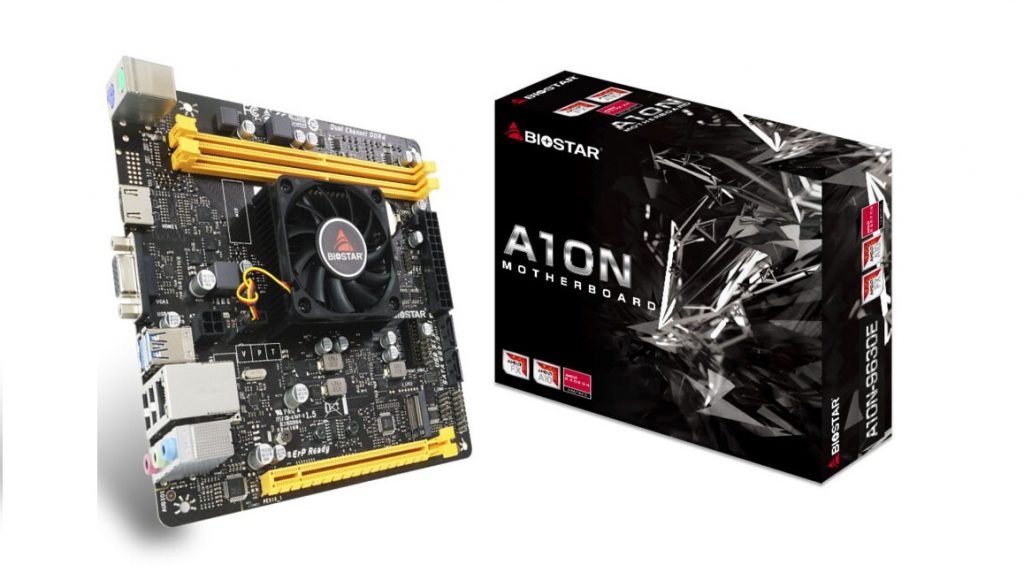 Typically with Biostar SoC motherboards, the A10N-9630E is an all-in-one package equipped with the CPU, GPU and cooler built into the motherboard to offer a cost-effective and sleek solution, ready to power PC systems capable of tackling a multitude of industrial applications. The A10N-9630E is the ideal solution to upgrade office workstations into a small form factor high-performance package.

Official pricing and availability of the Biostar A10N-9630E is yet to be announced.

KitGuru says: While the Biostar A10N-9630E may not include some of the features of modern high-end motherboards, it does provide a simple solution for less demanding tasks in offices, just add RAM power and a storage device and away you go.