AMD’s timely launch of its new Radeon RX 5500 XT graphics cards means manufacturers got the chance to roll out custom versions of the new GPU perfectly in time for Christmas shoppers. MSI has announced its full lineup of RX 5500 XT cards with eight SKUs available now.

MSI’s range of Radeon RX 5500 XT Graphics cards are available in the company’s Gaming and Mech lines and include four different versions with two 8Gb and 4GB cards available. The new GPUs are all furnished with AMD’s 7nm, RDNA architecture to deliver high performance per watt compared to previous versions.

The Radeon RX 5500 XT Gaming range includes MSI’s innovative Power Allocation Technology, meaning the GPUs only draw power directly from the power supply rather than the PCIe slot on the motherboard, which results in cleaner power signal and prevents possible issues arising from the motherboard. 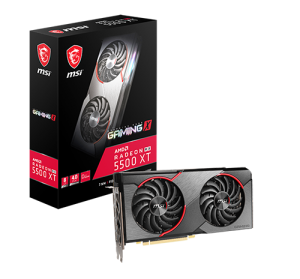 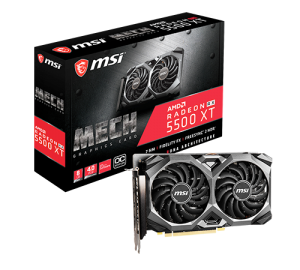 MSI Gaming series RX 5500 XT are manufactured from durable and premium materials and include a metal backplate to provide a visually pleasing appearance, as well as preventing the PCB from bending and causing damage to components. Not only does the backplate look great, it offers passive cooling too using thermal pads to transfer heat from components on the rear of the PCB with holes cut out to increase airflow.

MSI has deployed RGB lighting in the Gaming series cards that can be controlled and configured using the company’s Mystic light sync software. Cooling is the focus in RX 5500 XT Mech versions with the company’s premium Torx 3.0 fans included to ensure excellent thermal performance while providing reduced noise output from its upgraded Ventus style design. 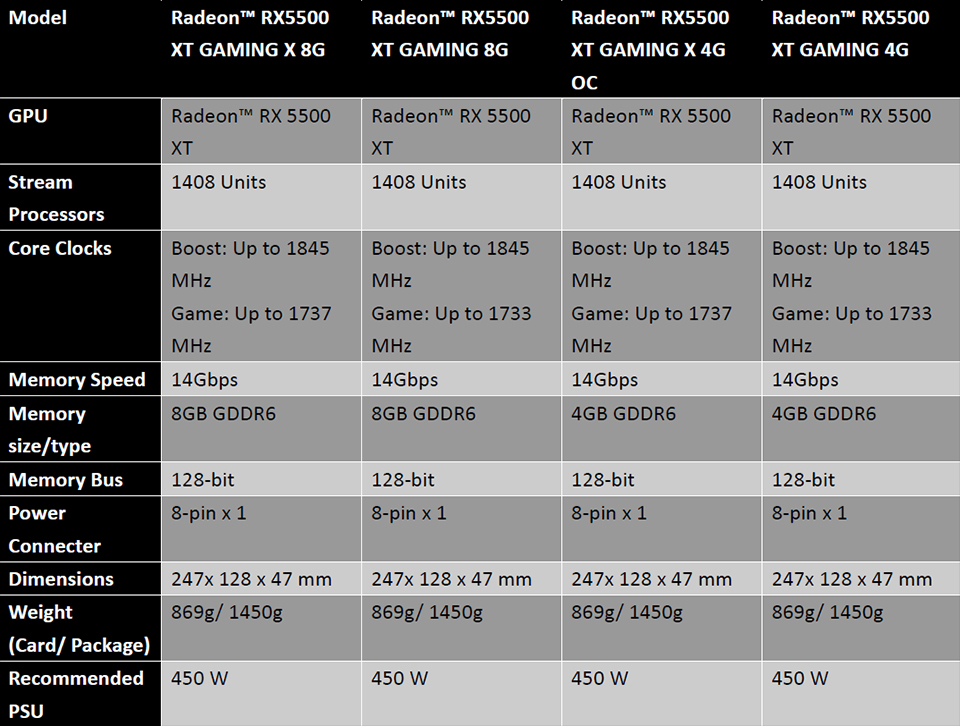 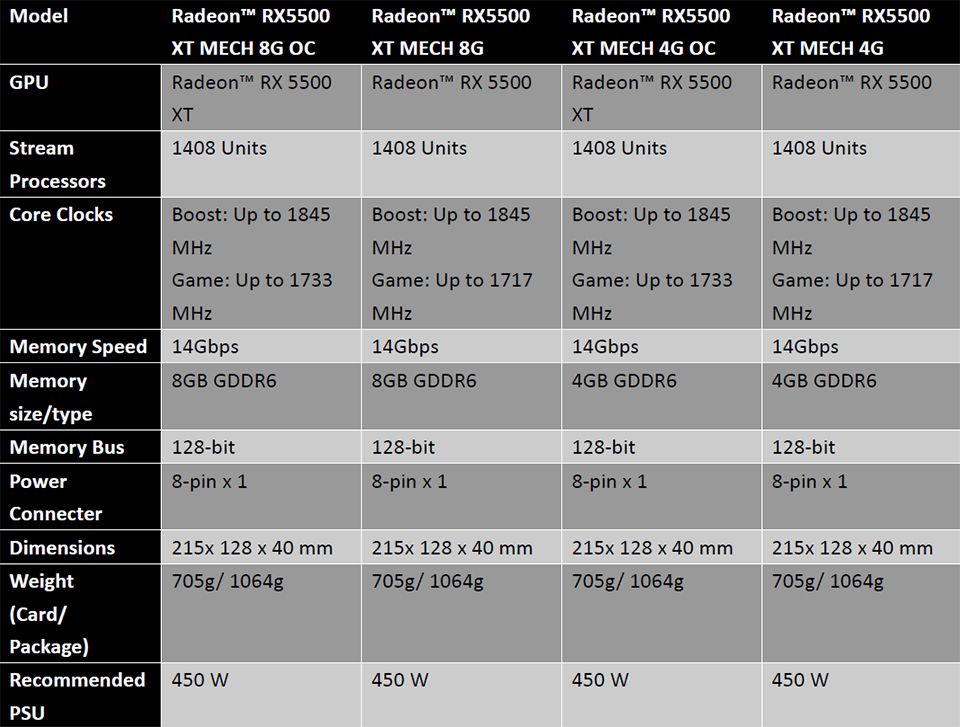 KitGuru says: There are plenty of Radeon RX 5500 XT graphics cards on the market to choose from now so budget PC gamers have great options from both AMD and Nvidia to choose from. If you were building a budget gaming PC, which GPU would you use?