The report comes from Coreteks, which claims there will be an ASIC A and an ASIC B. The ASIC A featuring a 230W TGP would be used for factory-overclocked models, while the ASIC B (reference model) with a 189W TGP would be featured on reference-based and non-overclocked cards. The RX 6700 XT is also said to come with 12GB of GDDR6 memory clocked at 16Gbps. 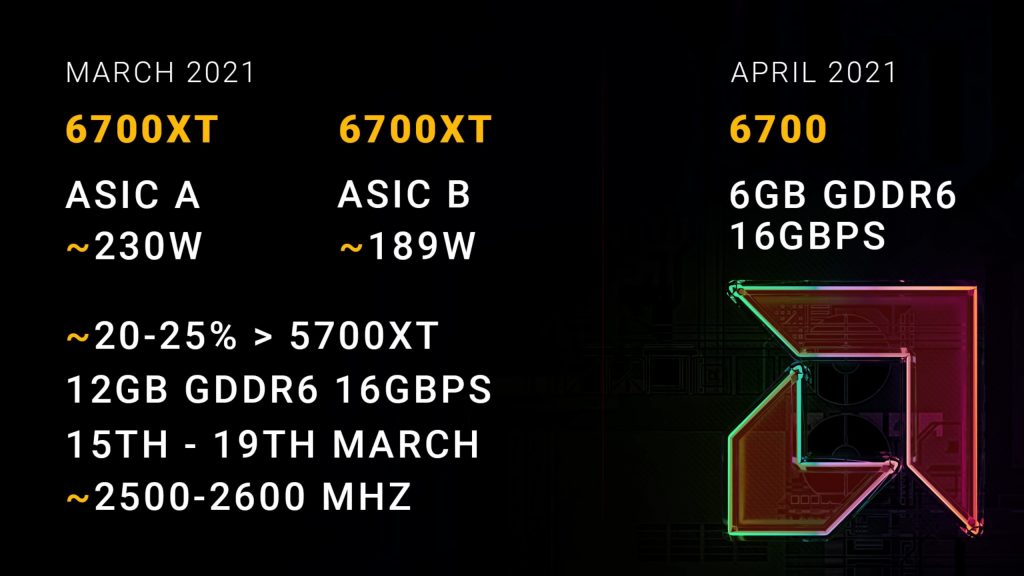 Compared to the Radeon RX 5700 XT, the reference Radeon RX 6700 XT should offer 20-25% more performance. The ASIC A is expected to offer from 5% to 8% improved performance over ASIC B. Both SKUs should release between March 15th and 19th, matching the March 18th release date we shared a few days ago.

The non-XT Radeon RX 6700, will apparently come with 6GB of GDDR6 at 16Gbps. This graphics card is expected to release in April 2021.

KitGuru says: Which Radeon RX 6700 XT SKU are you more interested in? Does the reported 20-25% performance improvement over the Radeon RX 5700 XT fall within your expectations? 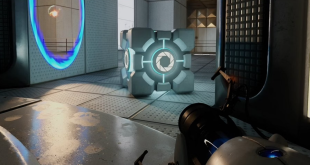