Since AMD announced the Radeon RX 6700 XT, we've been wondering when we might expect to see the non-XT version. As it turns out, the launch might not be too far behind, as board partners have begun listing custom-cooled versions of the RX 6700.

Not much is known officially about the Radeon RX 6700, but the rumour mill suggests this GPU will be a cut down Navi 22 with 2304 Stream Processors (36 CUs) and either 6GB or 12GB of VRAM. This week, VideoCardz was able to put the 6GB or 12GB memory debate to rest, as custom cooled ASUS RX 6700 listings have been spotted on the EEC database. 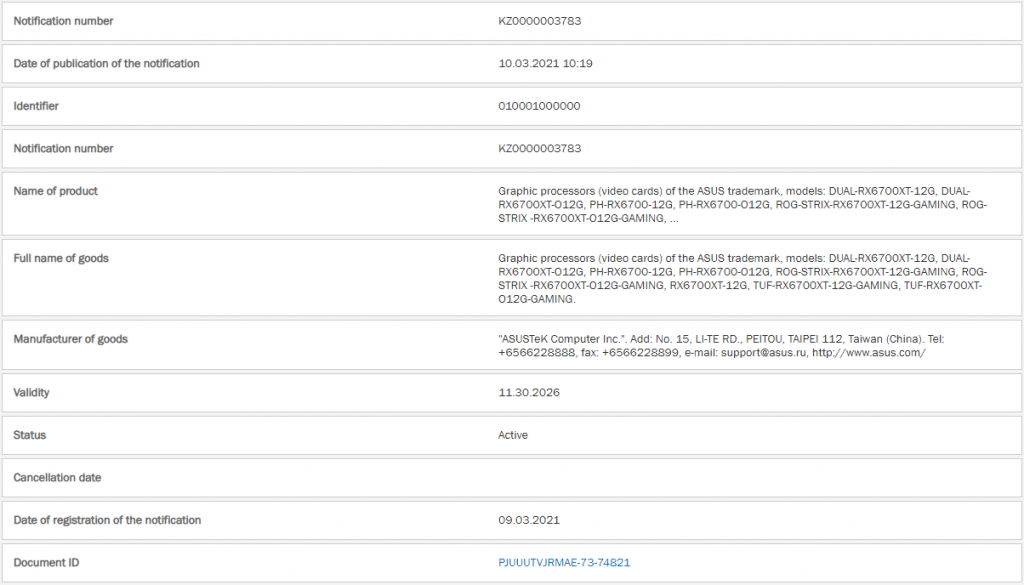 The listing features multiple Asus Radeon RX 6700 XT graphics cards, which we already expected, but interestingly, there are also two RX 6700 models found, both being Asus RX 6700 Phoenix series cards. The listing points to 12GB of VRAM on the RX 6700.

Although AMD hasn't revealed a release date for the Radeon RX 6700, it should launch within the next few months.

Previous The Outer Worlds’ final DLC is releasing next week
Next Batman: Arkham Knight may get Series X enhancements