The Arkham series of Batman games offered what is widely regarded as some of the most high quality comic book video games. While waiting for Gotham Knights and Suicide Squad, fans can rpelay the old titles. Unfortunately, on Xbox the latest game, Arkham Knight only runs at 900p. This may soon change.

As discovered by Twisted Voxel, in an announcement on its blog, Microsoft detailed an update coming to the Xbox Store. Whether intentionally or not, in a screenshot showcasing this update, a thumbnail for Batman: Arkham Knight featured on the image claiming the game to be Xbox Series X|S enhanced.

Currently, this is not the case. When the game first released in 2015, Batman: Arkham Knight ran at just 900p and 30fps on the Xbox One. The game never received an Xbox One X enhancement either, meaning that even on the Series X, the game still runs at 900p. 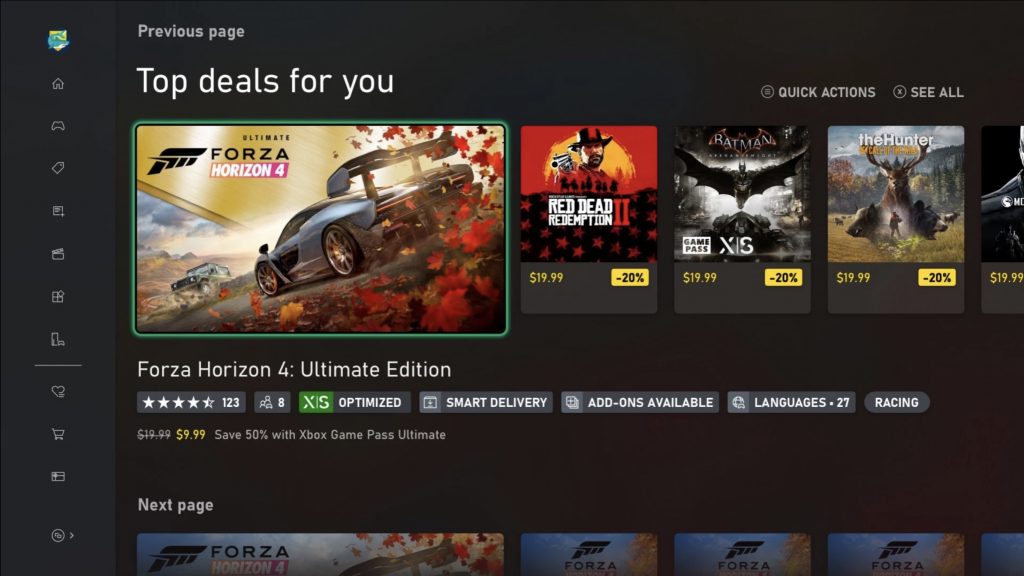 If this screenshot is to be believed however, it is possible that Batman: Arkham Knight will get an update for the Series X|S, potentially offering the game at higher framerates and/or increased resolutions.

The Arkham series have always been technical showpieces, and despite releasing almost 6 years ago, Batman: Arkham Knight still looks great when outputting at higher resolutions on PC. It would be great to see the Series X|S (and PS5) get an enhanced version of the game which fans could play while waiting for both Gotham Knights and Suicide Squad.

KitGuru says: What do you think of Arkham Knight? Would you like to see the game get an upgrade? Which game are you looking forward to more, Gotham Knights or Suicide Squad? Let us know down below.