By default, the RTX 3090 Ti ships with a 450W power limit, but a few models are shipped with a BIOS pushing it north of 500W. In both cases, this is already a considerable amount of power being pushed from the wall, but a newly found XOC BIOS is capable of upping the power limit to new heights.

This extreme overclocking BIOS first shared in the Chiphell forums (via MEGAsizeGPU) can push the power limit up to 890W, as you can see in the screenshot showing the GPU-Z panel. That's almost two times more than the reference value.

The user tried the BIOS on an Asus RTX 3090 Ti Strix, although it only features a single PCIe 5.0 16-pin power connector (600W). However, other models like the Galax HOF or EVGA Kingpin models have multiple PCIe 5.0 connectors and should support the higher power draw.

Although this BIOS is available to download, we don't really recommend you to use it. Most likely, you'll be increasing the GPU operating temperature without getting significant performance gains in return. However, this could be useful to extreme/professional overclockers.

KitGuru says: Have you ever flashed your GPU BIOS for overclocking purposes? 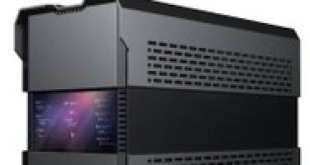