As the expected date for the RTX 3080 Ti launch comes closer, the first benchmark results have started to appear. Besides the results, there's also confirmation on most of the specifications of the new GPU thanks to GPU-Z validation.

The GPU-Z validation of RTX 3080 Ti has finally come out confirming the latest rumours about the specifications of the GPU. The RTX 3080 Ti will feature 10,240 CUDA cores with a base clock set at 1365MHz, and the boost clock at 1665MHz. The validation also confirms that the GPU comes with 12GB of GDDR6X memory clocked at 19GHz across a 384-bit memory bus, resulting in a maximum bandwidth of 912.4GB/s. 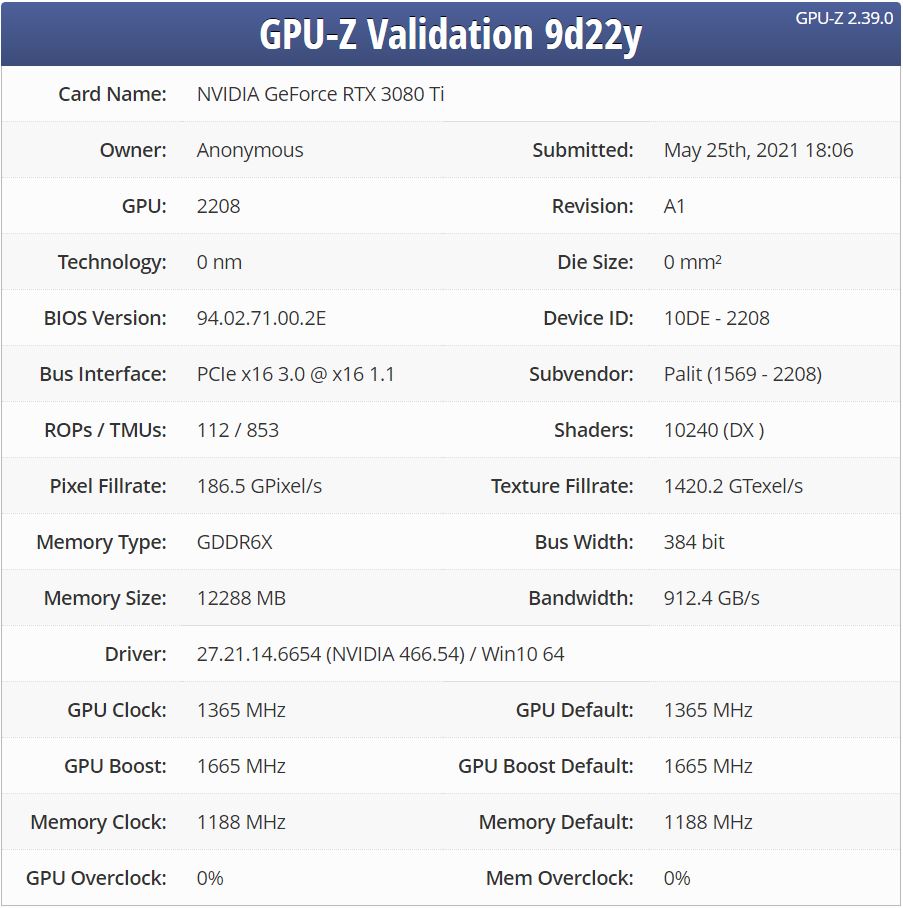 A different user also tested the RTX 3080 Ti on Ashes of the Singularity in a system equipped with an AMD Ryzen 9 3900X and 16GB of memory. A fair comparison of scores in AoTS is hard due to the lack of system details. Nonetheless, putting the RTX 3080 Ti side-by-side with similar PCs using the same API and game version, the RTX 3080 Ti seems to offer about the same level of performance as the Radeon RX 6800 series GPUs and RX 6900 XT.

KitGuru says: These are early benchmarks but it is a nice preview of what's to come. We should start to see full reviews with more detailed performance analysis next week.