RTX 30 series graphics cards have seen their MSRP increased by at least €20 in Europe. In the UK, so far only the RTX 3070 Ti has seen an increase to its listed price. However, considering all other SKUs are now more expensive in Europe, we would not be surprised to see UK pricing follow suit in the near future.

The price changes were first shared in the Notebooksbilliger/LDLC Discord group (via VideoCardz), where the retailer posted the new prices of the RTX 30 series cards for NBB (Germany, Austria, Netherlands) and LDLC (France, Belgium, Spain, Luxembourg, Italy) customers.

You can see a table of all the prices changes here:

Crunching the numbers tells us that the RTX 30 series' MSRP increased by 5.5% on average. As expected, the lower-end SKUs saw smaller price increases, but in the RTX 3090's case, an extra €100 isn't exactly chump change. For now, only the RTX 3070 Ti ha seen a price increase on UK shores (+£20), but we'd guess other cards are likely to be impacted soon.

KitGuru says: Buying a Founders Edition has proven to be one of the best ways of getting a new RTX 30 series. Would the price increase put you off trying? 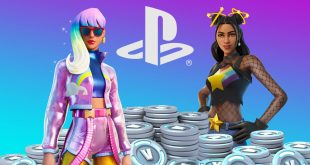