There have been plenty of rumours surrounding the level of performance Intel is targeting with its upcoming Arc ‘Alchemist' discrete graphics cards. A recently leaked slide from Intel may have some answers, as it compares the upcoming GPUs against the competition from Nvidia and AMD.

The slide first appeared on Baidu, and suggests that Intel will kick off its line-up with two desktop SKUs. The higher end GPU is listed as “SOC1”, and there is also a “SOC2” listed for the mainstream market. The former is a 175W-225W GPU that will compete with the likes of the RTX 3070 and Radeon RX 6700 XT, while the latter is a 75W card that will compete with entry-level gaming GPUs, like the GTX 1650 Super. 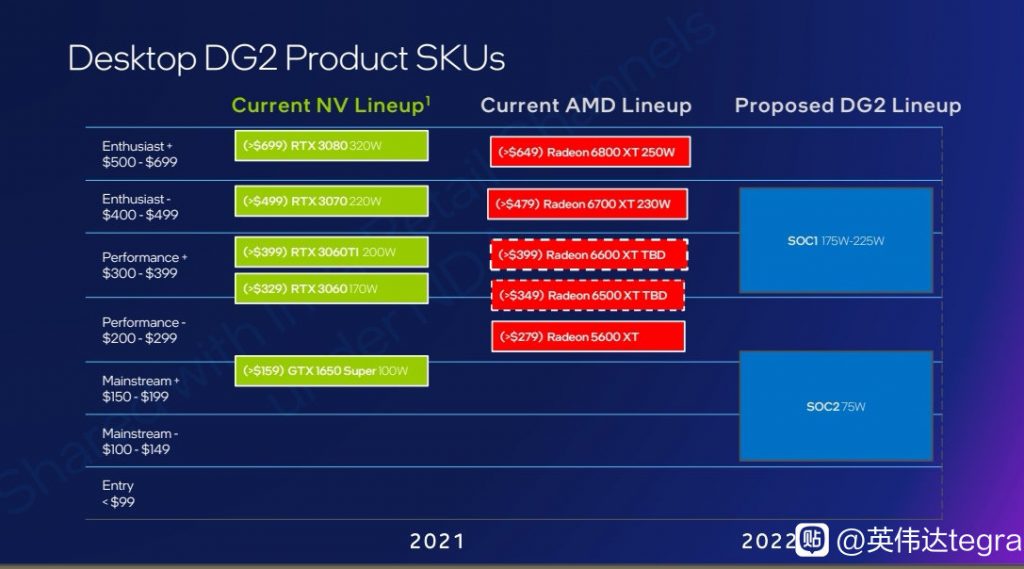 Of course, performance targets and real-world performance comparisons could differ, we won't know for sure how Intel's GPUs stack up against Nvidia and AMD until they become available and testing can be done. It is also worth noting that we don't have confirmation on the legitimacy of this slide either.

KitGuru says: Early 2022 is shaping up to be quite exciting for graphics cards, as we'll finally see Intel enter the arena to compete with Nvidia and AMD.