While there might have been a lot of talk recently surrounding the new Nvidia Titan Black GPU, partner company GALAXY has taken lemons and made rocket fuel, by producing a new version of the GTX 780 Ti that’s managed to take the top spot on the single GPU 3Dmark Fire Strike Extreme results table.

This brand new 780 Ti makes use of the fully unlocked Kepler core GK110-425-B1 chip and according to the WCCFtech breakdown, runs at stock frequencies over a GHZ on the core. However, in this instance, overclocker and new 3Dmark record holder, Mad Tse pushed it to an eye watering 1800MHz.

The card is quite a looker too, with a stark white, extended PCB and features 16 core phases, two memory phases and three extra phases for the PLL. Of course with all this though, the power draw is quite high: over 300 watts. This is why you’ll notice it takes twin eight pin and a single six pin connector for power. 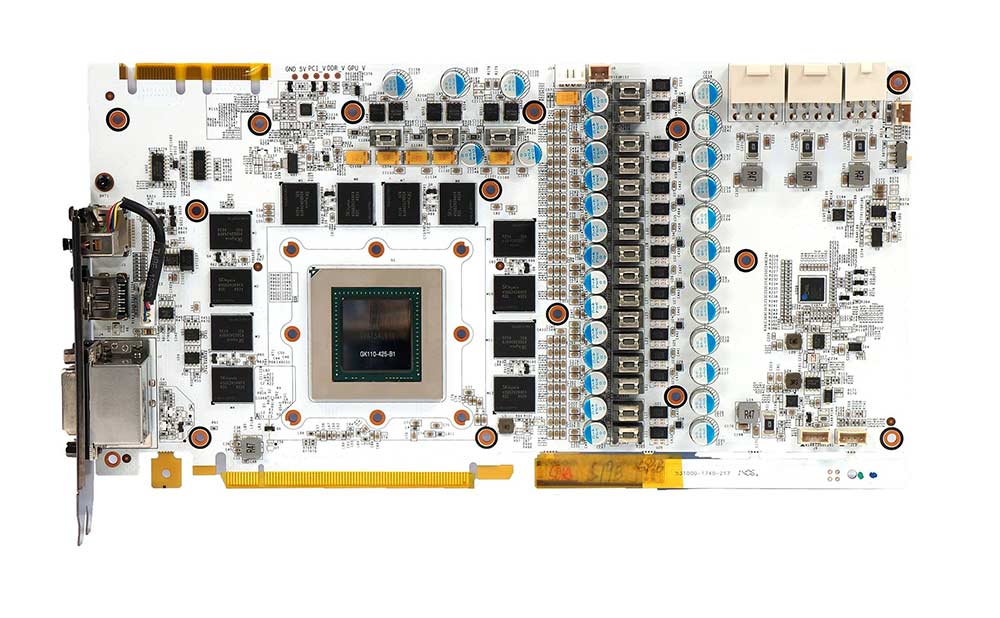 No word on what the final heatsink/fan combination will be for this card, but expect a lot of fins and a lot of heatpipes. Pricing and a release date are also being kept under wraps, for now.

KitGuru Says: A white PCB is certainly a bit different and will no doubt catch the eye of system modders as much as overclockers. Any of you tempted by the idea of a stark white GPU with crazy performance?