It has been over a month since we saw the launch of Nvidia's new low-power GTX 1050Ti and GTX 1050 graphics cards. However, we have yet to see these more affordable options make their way to laptops for gamers who require the portability. Fortunately, if this week's rumours are correct, we won't have to wait much longer as GTX 1050-powered laptops are tipped to make an appearance at CES in January.

This is a rumour that has been floating around for a little while but just this week, DigiTimes‘ own sources claimed that Intel and Nvidia are planning a joint unveiling of their new ‘mobile' lineup at CES- which means new high-end Kaby Lake laptop processors like the HQ-series alongside a slightly tweaked version of Nvidia's GP107 GPU. 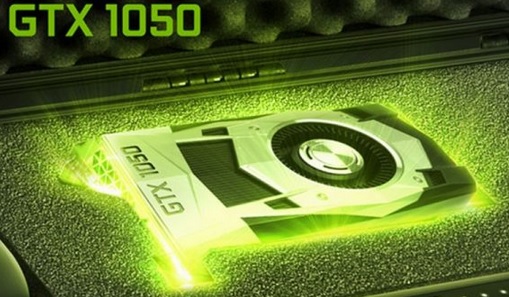 According to the report, we can expect to see laptop offerings from the likes of ASUS, Gigabyte, MSI and Lenovo, all of which will be using Intel's new Kaby Lake CPUs and some of Nvidia's Pascal graphics chips.

CES is just a matter of weeks away at this point, so we don't have long left to find out. Aside from that, we can also look forward to Kaby Lake on the desktop and potentially a GTX 1080Ti unveiling, though that one is in shaky rumour territory.

KitGuru Says: Given how close we are to CES at this point, some information is expected to leak out, so this particular rumour will likely pan out, though it's not completely confirmed. Are any of you guys looking to pick up a new laptop with a low-powered GPU inside like the GTX 1050?