This week, AMD announced a massive change to how it is handling its GPU drivers. The red team announced that the Radeon Technologies Group would be doing away with the Catalyst Control Centre entirely, putting drivers under a new banner: ‘Radeon Software: Crimson Edition'.  The new drivers will feature an entirely new design and additional features.

At the time of announcement, a release date wasn't revealed but rumour claims that it won't be far away at all, with signs currently pointing to the 24th of November. 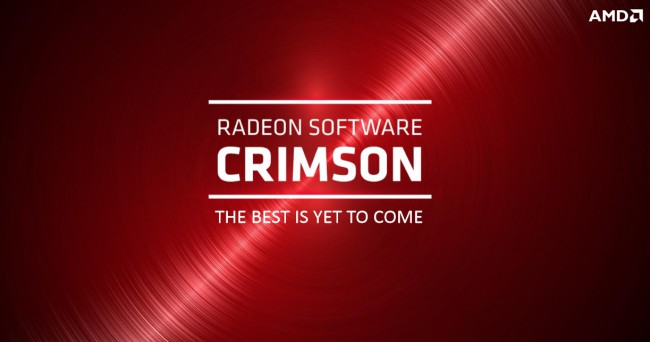 This is all coming from an anonymous source speaking with foreign site, Zolkorn. The site claims it got this release date from a credible source but could not name them, so much like last night's Zen news, take is all with a pinch of salt. If any of you missed our earlier article on Radeon Software: Crimson Edition, you can catch most of the information, HERE.

However, in short, Catalyst is dead. From now on, AMD will release six WHQL certified drivers per year and there will be one special edition launch each year, so last year we got Omega, this year we're getting Crimson and next year there will be another one under a new name.

KitGuru Says: The source is anonymous so treat this release date as rumour or speculation for now. However, given that AMD just announced its new drivers, it would make sense for it to follow up with a release fairly quickly. Did any of you catch the Radeon Software announcement earlier this week? Are you happy about the changes?