This week, AMD officially launched Radeon Software, putting the Catalyst Control Centre to rest and moving on to a new era of driver support. However, these changes don't just put Catalyst to bed, the new driver also drops support for some older Radeon graphics cards as well, meaning the 5000 and 6000 series GPUs are now ‘legacy' hardware.

According to AMD, the 5000 and 6000 series of graphics cards have now reached “peak performance optimization”. Additionally, some of the mobile 7000 and 8000 series graphics chips for laptops were also affected. The final WHQL driver for the affected graphics cards will have been the Catalyst 15.7.1 release. 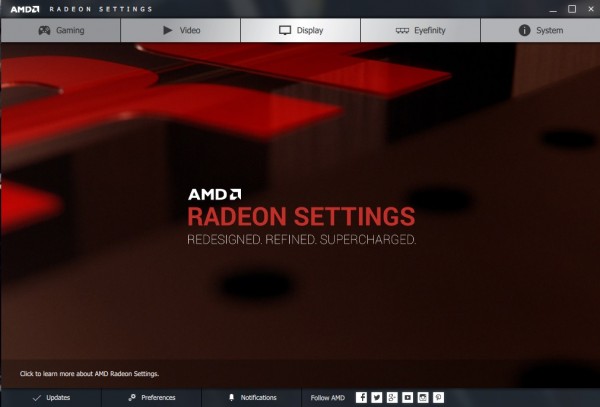 If you are running an older 5000 or 6000 series Radeon graphics card, then you can still get a taste of what Radeon Software: Crimson Edition brings to the table with a beta driver, though don't expect any further updates. This will give you access to the improved user interface but you won't get any further updates. This change also affects pre-GCN APUs, so anything that came before Kavari is now legacy hardware according to Anandtech.

So from now on, AMD will be focussing on driver optimizations for Graphics Core Next architecture cards, rather than continuing to support older generations.

KitGuru Says: Some people out there are still using pre-GCN cards so it might be time for those people to update to a newer generation. On the plus side, AMD now only has to worry about its GCN architecture for driver optimizations going forward. Are any of you running a pre-7000 series Radeon GPU?