Earlier this week, we heard that AMD intentionally pushed the release of the RX Vega back a bit to ensure that there were enough graphics cards to go around at launch. A big reason for this strategy was potential demand from miners. Now it seems that demand may be spurred along as the RX Vega has been touted as “insanely good” for mining.

Over on the Overclockers UK forum, Gibbo posted about Vega’s hash rate being somewhere between 70 and 100MH/s. He got this figure from an add-in board partner, which makes sense given those companies are one of the few places to already have RX Vega GPUs in-hand. Gibbo did add that it is possible his source was “smoking the BS pipe” but if the hash rate turns out to be accurate, then the RX Vega could be in very high demand. 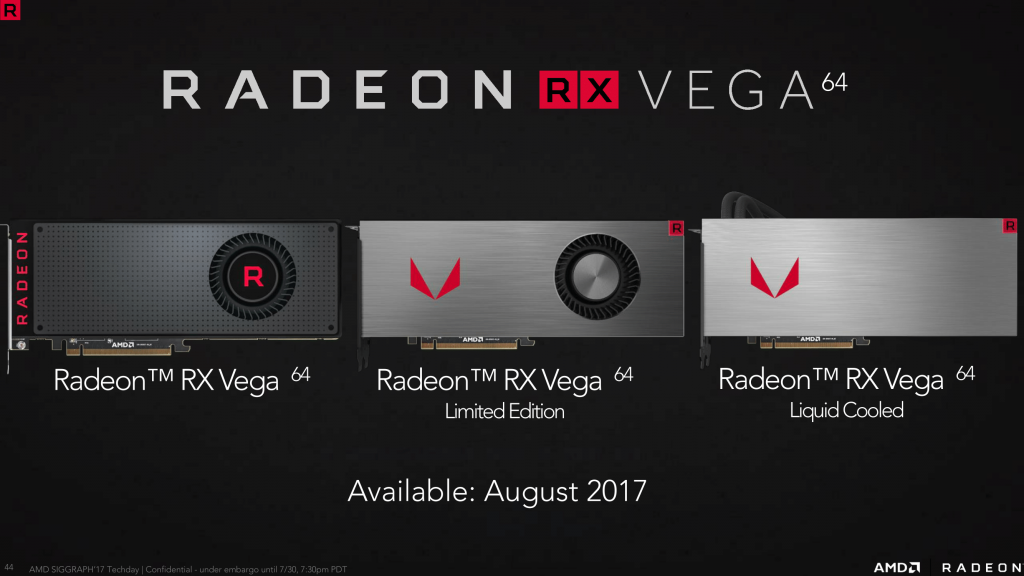 For comparison sake, the RX 580 is capable of around 25 MH/s, while the GTX 1080Ti can hit around 32MH/s. With that in mind, the RX Vega could be one of the more lucrative mining GPUs, though that won’t matter much if power usage is significantly higher.

Still, to try and avoid miners snapping up all of the stock, the folks over at OCUK are currently brainstorming ways to ensure gamers can grab the RX Vega at MSRP without miners nabbing all the stock and forcing price hikes early on. There are no final details in place yet but we’ll see exactly what’s going on once retail availability lands in a couple of weeks.

KitGuru Says: This mining resurgence has been a pain for those looking to upgrade their graphics cards. Fortunately, it sounds like companies are all very aware of it at this point and are actively trying to compensate for it, whether it be through a boost in stock or limitations on how many GPUs one person can order.