In an effort to try and hurt Call of Duty sales this year, EA has gone ahead and released two massive multiplayer shooters within the space of one week – Titanfall 2 and Battlefield 1. We have already taken a look at Titanfall 2 this week, so today we will be focussing on DICE’s return to the Battlefield franchise. 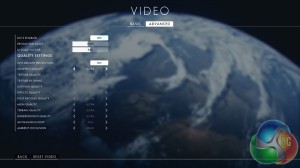 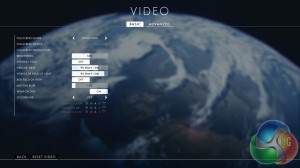 At this point, the Frostbite Engine has matured to the point that it is packed with all of the graphical features you could need in a quality PC game. All of the adjustments you need are present but there is one key difference here compared to DICE’s last Battlefield game. While Battlefield 4 launched with support for AMD’s now defunct Mantle API, Battlefield 1 ships with support for DirectX 12 instead. 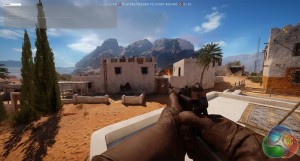 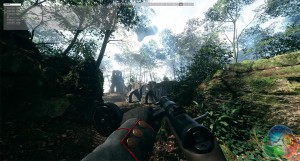 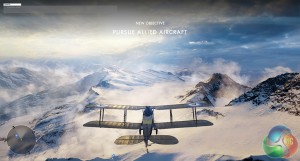 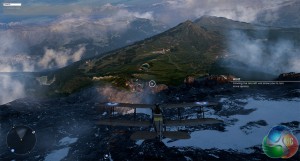 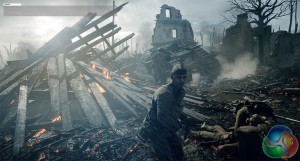 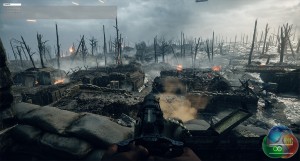 The Battlefield franchise has always been capable of stunning visuals on PC and this time is no different. That said, if you played through Star Wars Battlefront last year, then you will have already know about some of the visual upgrades present here in Battlefield 1.

The Frostbite engine is capable of providing realistic visuals for a number of environments, ranging from rocky mountains to wide open deserts. The forest map is one of the prettiest overall in the game but you also get a good mix of standard, muddy trenches. However, I have noticed that in some maps, colours can seem a tad muted. I would assume that this is an artistic choice to help represent the grim setting.

For our performance tests today I will be running Battlefield 1 on the following system:

All of the graphics cards included in this test were run with the latest drivers installed. In Nvidia’s case that would be Driver Version 375.63 and on the AMD side, we are using Radeon Software 16.10.3. Both of these drivers were released with optimisations for Battlefield 1 and Titanfall 2. Our results were obtained using FRAPS to record average and minimum frame rates. We chose the first level of the campaign to benchmark. The game is running using the Ultra preset and the DirectX 12 API. 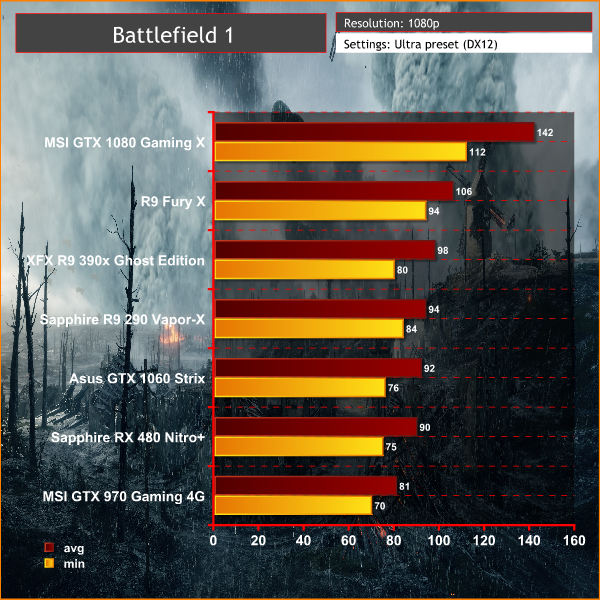 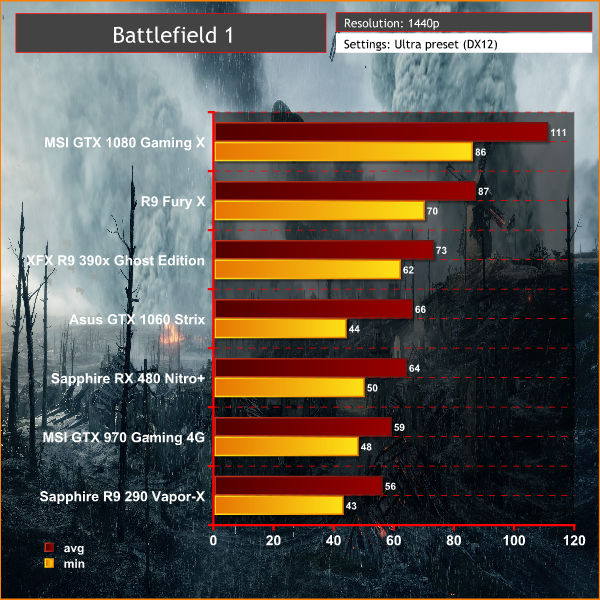 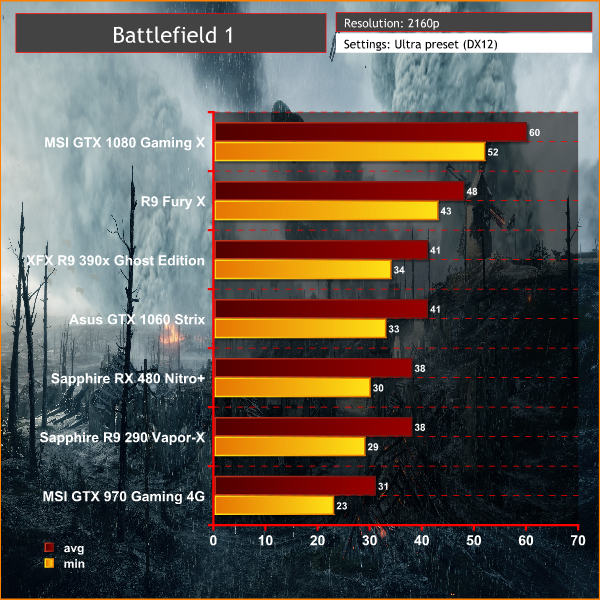 DICE has done an excellent job with Battlefield 1. Not only does the game look fantastic, but it runs like a dream at 1080p and 1440p on all of the graphics cards we have tested today. Even at 1440p, you can expect to hit 60 frames per second with Ultra settings on almost every card. GTX 970 and R9 290 owners may want to turn down a couple of things at this resolution but maintaining a good frame rate is more than achievable here.

For most PC gamers, 1080p is still the standard, so for a lot of our readers, this game should run at fantastic frame rates. The GTX 970 sits at the bottom of our graph but even then, it manages to average over 80 frames per second, with minimal dips. In fact, all of the minimum frame rates in our tests are quite remarkable, things never stray too far from the average, which is very important for smooth gameplay.

Obviously, 4K/UHD is quite a different beast, so a lot of our cards began to struggle at this resolution. The GTX 1080 just about managed to hit the 60 frames per second sweet spot and kept things in the 50’s at all times when things got really intense. R9 Fury X users might be able to approach 60 frames per second by bumping down to high settings, but the other cards in our test suite will struggle to keep up at high details.

Still, this is actually a respectable result. If you take a look at the 4K tests in some of our other analysis pieces throughout 2016, you will find that in many games, even the GTX 1080 struggles to hit 60 frames per second. The fact that DICE has put in the effort to ensure a single GPU setup can comfortably run this game at Ultra-HD resolutions is commendable.

As far as gameplay goes, Battlefield 1 is a damn good shooter. Classic game modes like Rush, Conquest and Hardpoint all make a return, alongside some new additions such as ‘War Pigeons’. In terms of new mechanics, there aren’t many. Guns still work the same, as do vehicles. However, some game modes will now spawn powered up gear at random points of the map.

These drops include things like a flame thrower and a heavy sentry gun, which can help turn the tides of a battle at points. It’s not quite the same as becoming a hero character in Star Wars Battlefront, but there is clearly some inspiration carrying over here.

Aside from that, Battlefield 1 does away with the ‘leveloution’ system and replaces it with a dynamic destruction system. Most of the buildings in Battlefield 1 are destructible, so if you are camping a roof, it is quite possible that the building will collapse underneath you at some point. This system adds a whole new depth to game modes like conquest, which are supposed to feel like a long, gruelling battle against enemy forces. This game really captures the World War vibe in many ways.

I am less impressed with the campaign mode though. A lot of reviewers are claiming that this is the best Battlefield campaign in years but it just isn’t clicking with me. I think the multiplayer is excellent but the campaign isn’t really raising the bar in any way in my opinion. Still, I would argue that multiplayer is worth the price of admission.

KitGuru Says: Battlefield 1 is a well optimised, standout PC title. The Frostbite engine once again produces some of the best visuals available in a 2016 game and DICE has clearly worked hard on ensuring not just a high frame rate, but a stable one too, which can be just as important.