Back when Nvidia first announced the GTX 1080Ti, the company also announced some improvements coming to its older Pascal cards. The GTX 1080 and GTX 1060 were both due to get faster RAM modules and now, add-in board partners are catching up. We’ve already seen ASUS and MSI release their own GTX 1080 refreshes and now, EVGA has joined the fray with its iCX GTX 1080 FTW2 and SC2 graphics cards.

The EVGA GTX 1080 FTW2 and SC2 both feature EVGA’s revised iCX cooler, which was created to give users more control over the GPU cooler. There are nine additional thermal sensors and multiple MCUs so you can monitor absolutely everything and fine tune your fan speeds and temperature thresholds until they are perfect for your needs. This high level of monitoring could be particularly advantageous to overclockers as it can give them more accurate readings across the PCB. 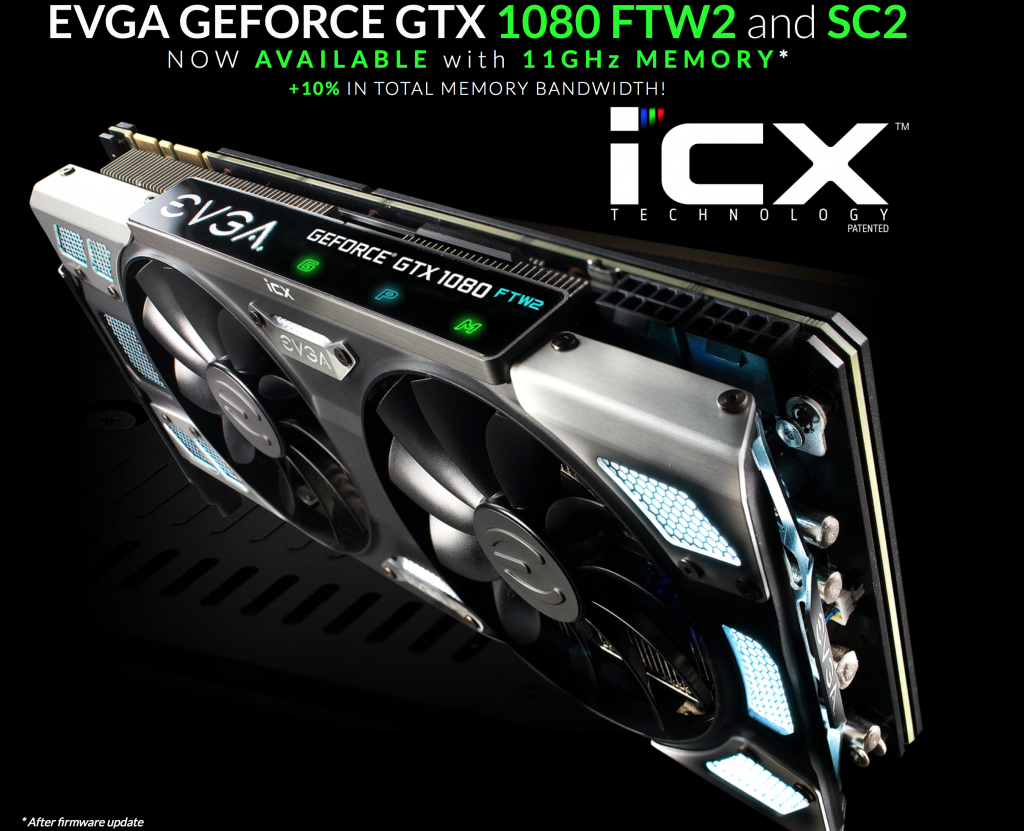 Aside from iCX, the GTX 1080 FTW2 and SC2 use Micron’s faster 11GHz memory modules with 352GB/s of bandwidth. Nvidia first introduced these faster memory modules back when it announced the GTX 1080Ti and since then, AiBs have been slowly rolling out updated models.

KitGuru Says: If you already have a GTX 1080, then this small upgrade won’t matter to you much as the performance increase will be negligible. However, if you held off for cards to get cheaper, then now might be the time to jump with more upgraded models hitting the market.