It has been three weeks since Nvidia officially unveiled its next-gen GPU architecture, codenamed ‘Ampere'. The A100 GPU has been announced but we have yet to see what variants will be used in new GeForce graphics cards. That may be starting to change, with new images reportedly showing the RTX 3080 design.

Users on Chiphell (via Videocardz) posted images of the alleged RTX 3080 in prototype form. In this particular version, the cooling setup is very different to the dual-fan Founder's Edition coolers we've seen in recent years, keeping one fan on the front and moving another to the rear of the card. 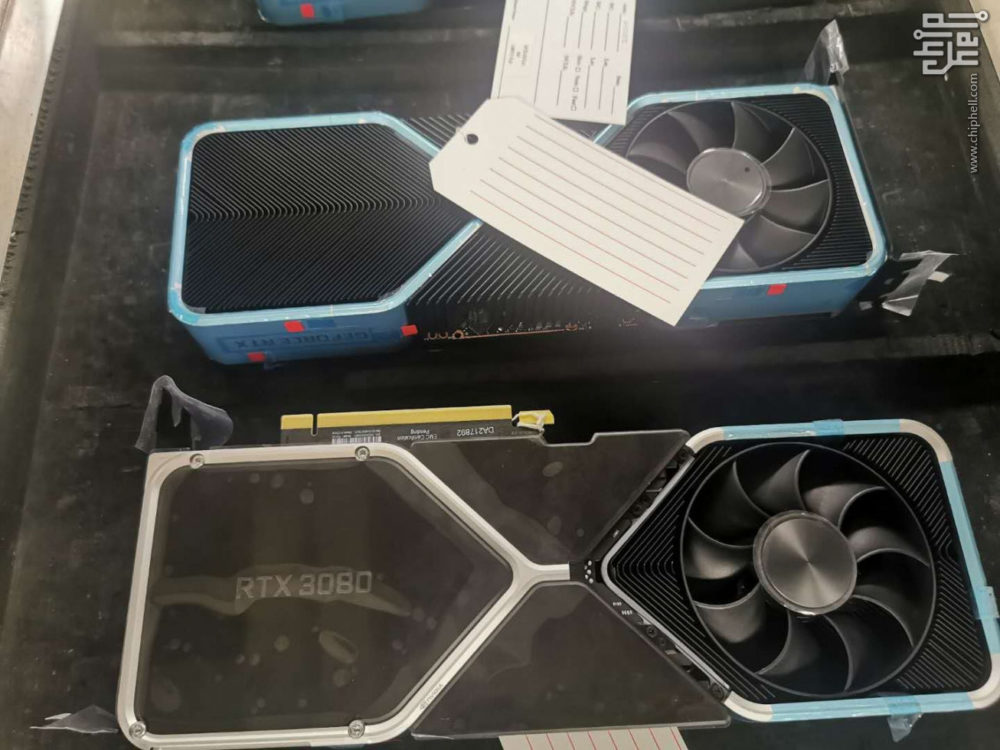 The cooler is designed with a large heatsink, which slots in to a cutout in the PCB, indicating an odd V-shape for the actual card. Then one fan is mounted on either side of the cooler to push air in different directions.

There is wrapping around the shroud, so while it looks blue, it is silver underneath, as you can see in the first photo. Of course, this could also be a very elaborate fake, so take these images with a grain of salt.

Right now, we do not know when Nvidia plans to announce or release RTX 30-series GPUs, but we should see something more official before the end of this year.

KitGuru Says: Time will tell if these leaked images prove to be legitimate or not. Hopefully Nvidia will be ready to announce its next-gen RTX GPUs soon. Are many of you planning to upgrade your graphics card this year?